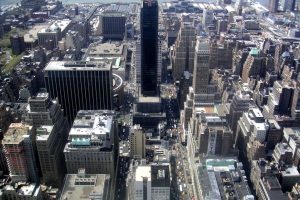 A Blackstone spokeswoman confirmed the departure. Corcoran, who left Blackstone in August, joined Stonyrock in September as a principal, according to his LinkedIn profile. He started at Blackstone in 2016, before which he worked at Morgan Stanley and Citi, his profile said.

Stonyrock was launched last year by former managing directors from Blackstone, Craig Schortzmann, and Carlyle, Sean Gallary. Schortzmann also worked on Blackstone’s Strategic Capital business that targets minority stakes in GPs, as did Gallary through his role with Carlyle-backed AlpInvest.

It announced in April it was forming a strategic partnership with Leucadia Asset Management to raise a permanent capital fund to invest in middle market alternative managers. Leucadia is a division of Jefferies Financial Group.

Stonyrock focuses on minority stakes in middle-market asset managers across asset classes and strategies, according to a statement from the firm.

Update: This report was updated to indicate that Corcoran left Blackstone as a vice president.