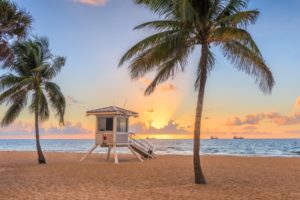 Florida State Board of Administration committed $1.34 billion to private equity in the fourth quarter of 2019, according to an email from spokesman John Kuczwanski, with almost $1 billion of that taken up by a co-investment and separate account.

Minnesota State Board of Investment has also committed $300 million to this fund. Its target is $2.5 billion and its hard-cap $3 billion, Buyouts has reported.

Lexington closed its previous co-investment pool, Lexington Co-Investment Partners IV, at $2.1 billion in 2017, according to the Wall Street Journal.

Florida has been co-investing with Lexington Partners for a long time, having committed to eight pools in five separate entities, Kuczwanski said.

The other commitments for Q4 include:

• $50 million to KPS Special Situations Mid-Cap Fund, also managed by KPS and also closed in October at just over $1 billion;

• €35 million ($38.7 million) to OpCapita Consumer Opportunities Fund III, managed by OpCapita, which focuses on the retail, consumer and leisure sectors in Europe;

• $50 million to The Rise Fund II, managed by TPG Capital, with a $2.5 billion target, according to Bloomberg;

As of Jan. 30, the state board had $216.9 billion in assets under management. The estimated value of the Florida Retirement System Trust Fund was $170.4 billion.