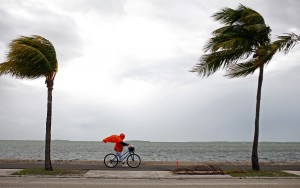 TSSP Adjacent Opportunities Partners, with an initial cap of $2 billion, is an open-end fund that allows limited partners to begin realizing their investment after five years, according to a description prepared by Portfolio Advisors for client Pennsylvania Public School Employees’ Retirement System, another LP in the fund.

Florida SBA also committed $100 million to TPG Growth III, which closed on $3 billion in April and which is earmarked for small buyouts and growth equity investments around the world in a variety of industries.

It is unclear if Florida SBA, an investor in TPG’s fourth, fifth and sixth flagship funds, plans to re-up in Fund VII, currently in the market targeting $10 billion.

Meantime, Florida SBA kicked in an additional $674 million to private equity funds during the quarter, according to an investment summary.

In the fourth quarter the state committed $75 million to Cressey & Company Fund V, which closed on $615 million in December.