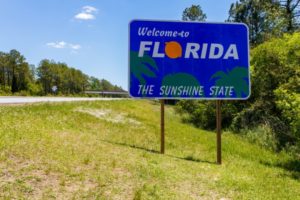 Florida Retirement System Trust Fund saw a distributions bonanza at the end of 2020, as record deal flow paid off for the fund’s private equity portfolio.

“The PE market closed out 2020 with a bang,” said senior investment officer John Bradley. “Across almost all measures of activity – whether it be deal value, deal volume, IPO value, IPO volume – we saw close to record quarter and annual activity.”

Riding the crest of that wave, the $183 billion pension system raked in more than $600 million in distributions in December 2020 alone, making up almost half of the pension’s net cash flow that year.

“I think this really highlights how our program has matured and that only a short time ago that number would have been a good year’s worth of cash flow for us,” Bradley told the state investment advisory council’s March 30 meeting.

In total, Florida’s 2020 net cash flow was $966 million, the best year in its history for GP-generated cash flow.

The pension’s large exposures to tech investments and venture helped drive positive returns for its portfolio as well. It rose 12.4 percent in Q3. Returns as of September 30 were 20.3 percent over one year, 17.3 percent over three years, 15.9 percent over five years and 15.4 percent over 10 years.

“We were very fortunate to be well-positioned heading into the pandemic and we can see that reflected in our performance,” he said.

Florida’s PE portfolio exposure is 48 percent to IT/media, compared to the overall Cambridge PE/VC benchmark, which is 40 percent, and 30 percent for the MSCI ACWI Investible Market Index. The technology sector has seen extremely positive tailwinds during the coronavirus pandemic.

A separate presentation by consultant Aon Hewitt showed Florida had a 61.9 percent allocation to buyouts and 25.2 percent to venture capital, which was much higher than the market at large for both strategies as measured by Preqin, which had the numbers at 43.3 percent for buyouts and 12.6 percent for venture.

Bradley said a lot of the windfall seemed to come from built up activity stymied by the slow deal market earlier in the year, though if GPs sell some public equities resulting from IPOs that could generate more liquidity.

“I think near-term, that activity will continue…but I don’t think we can maintain the $600 million a month pacing,” he said.

Action Item: read the materials for the March 30 meeting of Florida State Board of Administrations investment advisory council here.