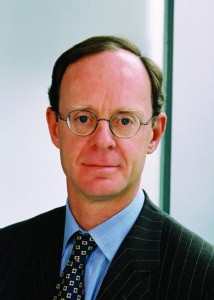 According to , its 150p per share cash offer – which values Friends Provident at £3.5bn (US$7bn) – will be financed with a “conservative combination of cash and debt” and is “not highly leveraged”, so allowing the company to maintain an appropriate credit rating to continue operations.

The equity component will be provided from capital resources totalling more than US$6bn, from funds managed by JC Flowers and co-investors advised by JC Flowers.

Debt will be underwritten by , and , which JC Flowers describes as “highly confident of their ability to underwrite the debt component of the acquisition consideration”.

In its statement issued on April 7, JC Flowers argued that in the absence of its own possible offer, the Friends Provident share price would be significantly below the level of 120.1p at which it traded on March 28, the last trading day prior to speculation that a takeover proposal had been submitted.

The US firm says that it “has been studying Friends Provident for a considerable period of time, particularly following the termination of the proposed merger with Resolution in October 2007.

Friends Provident has rejected the proposed offer from JC Flowers, saying that it “significantly undervalues Friends Provident and its prospects and does not represent a basis for discussion”. It is believed that the board might recommend an offer above 165p a share.

JC Flowers has a stake of 2.7% in Friends Provident, acquired between November 22 and December 13 2007, with the highest price paid being 165p per share. Under takeover rules, the Takeover Panel must approve any offer below 165p.