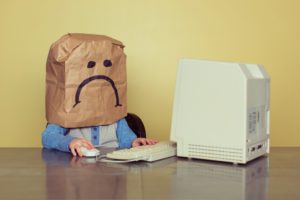 I’ve heard fundraising has not slowed one bit, and in fact things have only been heating up. Is that what you’re seeing as well?

While this signals a strong state of health for the industry, it’s also leading to some frustration on the part of LPs. How so?

I’ve been in at least four conversations recently with LPs who tell me they are becoming overwhelmed with managers coming back earlier than expected, trying to lock down commitments LPs weren’t ready to make (according to their pacing), and then raising funds that they don’t activate for months.

“Funds on the shelf” is not a new concept. It’s when a GP raises capital but does not activate the fund, including not charging fees, for a period of time until the prior fund is totally deployed.

This is concerning to LPs because the GP may be one they like and intend to commit to, but they are also trying to strategically spread around their capital to other relationships. Funds that come back sooner than expected throw an LP’s pacing schedule all out of whack and force them to make re-up decisions they may not be ready to make.

It also raises the question of exactly why the GP is coming back ‘early’ for commitments before the prior fund has even reached its contractually mandated deployment threshold. Does the GP truly need to get the capital secured, or is it just a case of FOMO? (Several of my LP spies believe fear of missing out is the motivating factor.)

This has been a concern among LPs for a while as the fundraising market stays as active as many people can remember. This year’s intensity is not just from funds on the shelf, but also GPs who may have delayed fundraising during the health crisis. It’s all made for quite the maelstrom.

A few of my sources explained they have blown through their annual commitment budget already (halfway through the year) and may not be looking to make any more commitments until next year.

“Fundraising is extremely crowded now… if they’re not out this year, they’re already telling you they’ll be out early in Q1,” one of the LPs told me.

Buyout groups typically wait until they’re around 75 percent deployed in the prior fund before launching new fundraising, but now, “managers acknowledge it’s crowded, so maybe they are 50-60 percent committed and they’re getting ready to start, or they are telling people they’ll be back soon.”

What are you seeing and how is it impacting your plans? Hit me up at cwitkowsky@buyoutsinsider.com.