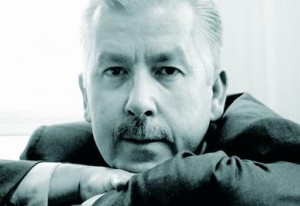 The overall strategy of the fund is to invest in unquoted UK companies, specifically infrastructure deals, which address strong market opportunities in areas including renewable energy, waste to energy and recycling. The fund intends to make investments in approximately six to eight individual infrastructure businesses which have significant roll-out potential.

Bernard Fairman, managing partner and founder of , says: “Environmental issues are increasingly at the top of the agenda for businesses globally and this is driving demand for investment opportunities in this space. The infrastructure sector addresses a huge, and as yet largely unmet, consumer demand both for services such as recycling and for renewable energy sources, and is further benefiting from a range of government initiatives designed to support companies seeking to address this need.”

He adds the growth of renewable energy is likely to be further fuelled by security of supply issues, particularly concerns about the Middle East and Russia. And the anticipated growth of the market, combined with strong future demand, means the sector is low risk, and yet has the ability to generate significant returns.

The companies Foresight invests in through the fund will also be eligible for EIS (Enterprise Investment Scheme) tax benefits including 20% EIS tax relief and capital gains tax exemption, offering additional benefits to investors in the fund. The Foresight Sustainable UK Investment Fund is the largest EIS fund of its type raised to date.

Bernard Fairman adds an additional benefit of the fund: “What you have to remember is on every deal 70% to 75% of money that goes in is bank borrowing and so the £20m is actually supporting an investment programme of £100m.”

Foresight also intends to raise an additional £100m for a limited partnership focusing on cleantech, to be launched in January with a final closing scheduled on that fund by the end of 2008.

Fairman says: “We think cleantech infrastructure is one of the biggest areas for growth and also thrown in for nothing there is the social conscience side of it, which is an added extra.”