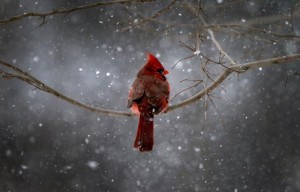 RedBird has now raised roughly $602.7 million altogether, considerably more than the $400 million the firm was said to be targeting when it launched. RedBird Capital filed a separate Form D in June indicating that it raised $102.7 million from 28 investors. The firm does not appear to have held a final close.

In October 2013, Fortune reported that BDT Capital agreed to provide a seed commitment to RedBird Capital. A spokesperson for BDT Capital did not respond to a request for comment as of press time.

Prior to BDT Capital, Cardinale managed roughly $6 billion as the co-head of Goldman Sachs Americas’s private equity funds. Cardinale is widely reported to have led the firm’s investment in the Yankees Entertainment & Sports (YES) Network as well as its initial investment in Clearwire Corp, a wireless broadband service provider.

RedBird Capital has participated in at least two deals to date. In June, the firm joined an investor group that included The Stephens Group, Jordan/Zalaznick Advisers and Thompson Street Capital Partners to acquire Cequel Data Centers, the parent company of cloud-computing provider TierPoint.