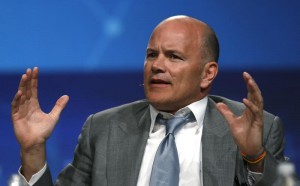 In several first-quarter earnings calls, credit pros described an environment that is not ripe for investment – though it is a good time to sell.

The latest was credit chief Peter Briger of Fortress Investment Group, who gave a bearish stance on the credit world during the firm’s Q1 earnings call Thursday.

“You have captured my lack of interest in the market,” Briger, principal and co-chairman of Fortress, said in response to an analyst who called him bearish. “This is an environment that is really not interesting from an investment perspective.”

Distressed investors expect to see a downturn in relatively short time after a period of high valuations and easy credit. However, the financial services sector is healthy, which even in the face of increasing defaults, would keep people confident in the market.

“We may have a high default rate environment without an environment with high perception of risk, and a lot of people working through restructurings without people getting paid for it,” Briger said. “It could be a while before we see really great opportunities.”

Briger’s perspective on the call mirrored what he said during the firm’s fourth-quarter earnings call in March. “The perception of risk and credit is not interesting from a general investment perspective,” he said. The difference on Thursday’s call was that Briger was even more bearish. “It has gotten even worse,” he said about the distressed opportunity.

That doesn’t mean the firm is not preparing for a downturn. Fortress’ credit private equity funds are sitting on $8.3 billion of uncalled capital and raised more than $5 billion in the first quarter, according to the firm’s earnings report. The bulk of that amount – $4.7 billion – was raised for Fortress Credit Opportunities Fund IV, the firm said. That fund is expected to close on a total of $5 billion – with about $2.8 billion in a commingled fund, and the rest in related accounts, Buyouts previously reported.