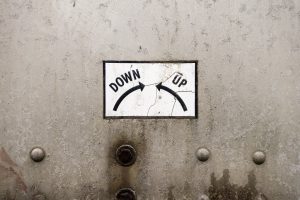 Private and community foundations saw gains in the private equity asset class, despite overall investment returns hitting the lowest level in 10 years, according to a new study.

Private equity returns were the best performing asset class for community foundations, returning 10.6 percent, said the report, The 2018 Council on Foundations-Commonfund Study of Investment of Endowments for Private and Community Foundations. Meanwhile, private foundations enjoyed an average return of 9.5 percent from private equity, behind the 13.3 percent they achieved with venture capital.

The study measured data from 236 participating foundations with combined assets of $89.3 billion. About 43 percent of private foundations and 31 percent of community foundations surveyed said that they plan to increase their allocations to private equity, while “8 percent and 3 percent, respectively, anticipate a decrease,” according to the report.

“Returns in most other categories weren’t particularly exciting, except for private equity and venture capital-like vehicles,” said Cathleen Rittereiser, executive director at Commonfund Institute, which commissioned the report alongside The Council on Foundations.

Private equity produced strong returns because of “the strong economy and — except for 2018 — good performance from the public equity markets over the decade,” according to the study.

Overall investment returns were down by single digits in 2018, compared to double-digit gains in 2017, the report found.

“Strong results in private equity in recent years have attracted more flows from all institutional investors, including foundations,” Rittereiser said. “Foundations need to carefully evaluate their liquidity budget to ensure that they have the capacity to add PE investments and still have ample liquidity in a downturn. They should be very confident that they can gain access to strong managers as fees are high and dispersion is wide in the asset class so there is a high cost to choosing the wrong partners.”

The story has been updated with an additional quote from Rittereiser that provides more context about private equity allocations.