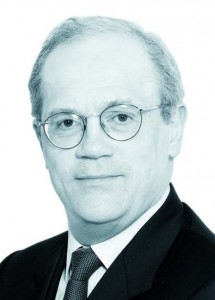 In France, the decision was taken in late 1996 to offer a generous tax break to anyone investing in an FCPI (Fonds Communs de Placement dans l’Innovation – translated as private equity mutual fund specialised in innovative companies). Individuals could reclaim 25% of their investment against tax, up to a maximum of €12,000 per person or €24,000 per household. Investors also gain an exemption from capital gains tax provided that they hold the investment for at least five years.

FCPIs are themselves a sub-group of FCPRs (Fonds Communs de Placement à Risques – private equity mutual funds) whose appellation tells its own story, with the use of the word “risques”. These kinds of investments are indeed risky, as ‘ own website points out: “FCPIs …are risky products that are 60% invested in innovative SMEs,” it states.

‘Risky’ is not a word normally employed by banking websites, but in this case there may have been some inadvertent honesty. Certainly many investment experts in France have been unimpressed by the performance of FCPIs and consider that the risk has been greater than the tax exemption upside. “I would say that probably 40% of the portfolios of FCPIs are fully written down or bankrupt, 40% have created no value and the remaining 20% may be success stories,” says François Roux of in Paris. “The biggest question is what kind of liquidity is available to investors. When you want to do a secondary transaction, you are faced with so many problems and uncertainty and complexity that it’s not really worth doing. There is not an appropriate liquidity option.”

Roux considers that for many investors, putting money into FCPIs was a silly thing to do. “People did it for tax reasons and then let institutions make the investment choices, but they were run by people with little experience in venture capital investment.” There is a sense that the venture capital sector has been dumped on by these vehicles, according to Roux. It was cheap money from careless investors being spent by inexperienced managers in poor companies,” he summarises. The result has been an upward pressure on company valuations, to the detriment of the VC industry.

FCPIs became a popular investment vehicle in the years following their introduction in 1997, with somewhere around €500m being invested each year up until the tech crash of 2000. Since then, the market has carried on at a lower level, with funds large and small, recent and longer-lived performing either poorly, very poorly or with modest gains.

The French website www.boursorama.com has a section devoted to FCPIs where it lists their performance. This shows that just one fund, the Innoven 2001 FCPI no5, has registered gains of more than 100% since its inception. Just 12 funds have increased by more than 50% in the years since launching (mostly funds created in 2002 and 2003, when the market was at its nadir), there are around 80 funds with returns in single figures, teens, 20% and 30% bracket, and then 45 funds which have lost value, in varying degrees, with the most dramatic collapses coming to UFF Innovation 6 and Innovafrance, which have both lost around 95% of their value. Since there are no funds marked as launching any later than 2005, it is hard to judge what the most recent activity has been in FPCIs, and French market professionals are vague about the current situation – even the industry body, Afic, has been unable to provide any up-to-date figures.

What most people agree upon is that FPCIs are an attractive tax-efficient vehicle, but that their management has been dubious at best. “There is a wide disparity in the skills of the teams,” says George Pinkham, managing partner in the Paris office of legal firm SJ Berwin. “When you have a fund where the main driver is not how the fund is doing, but the 25% tax break, then there is a temptation to manage it sloppily. One of the great virtuous circles in private equity – that if you screw up, customers won’t show up – is lacking when you have a tax incentive.”

A rumour circulating in Paris that the Government may remove this incentive from FPCIs, with potentially destructive effects on the venture capital market, is dismissed by Pinkham. “The French Government is desperately trying to get people to invest in the tech sector,” he says. “But it has had mixed results, to say the least. But the Government doesn’t care [about the funds’ performance]. They’ll just say ‘€200,000 is being invested in companies and half will survive’. The Government is just concerned about whether the money is going to the right companies and whether they have enough to finance themselves and to grow.”

A related issue is the separation between those who are marketing the funds and those who are managing it. Because individual investors will only put in a relatively small amount (say €50,000), each fund has to acquire many of these investors. So its employees are typically split into marketeers and fund managers. “You are asking for trouble when you disassociate the people who run the fund from a link with the customers,” says Pinkham. He is also critical of the level of fees charged by the funds, which he calls extraordinarily high, both for entrance fees and management fees.

Such a large tax incentive is always going to distort the market, Pinkham argues. “Everyone’s perceptions get warped when you get an immediate tax credit of 25%. It distorts competition and has a profound effect on the market, probably distorting company valuations.” Pinkham can imagine that there may be some shift in the emphasis of tax subsidies in France, possibly applying to wealth tax. “President Sarkozy may want to make a reduction in wealth tax for investors in small companies, because governments are constantly inventing new ways to get money to small companies. Venture capital will argue that this incentive should go through them, but otherwise it doesn’t present a problem. These vehicles will come and go, but it won’t change the venture industry.”

The recently introduced MIF (Market for Financial Instruments) Directive, which became law in France in early November this year, allows for finance companies that have received authorisation to operate in one European country to operate throughout the EU. The directive will also, according to some reports, break up the current stock exchange system by introducing new forms of competition, including Multilateral Trading Funds, operating under equivalent rules to those applying to stock exchanges, but without the ability to introduce new companies. Investment companies will also be able to execute orders from clients outside the regulated markets, to make trading more accessible and affordable for the general population.

A joint MTF is being created by the and , and , called and is due to launch in Q2 of 2008. It will allow large investors to trade without having to reveal their intentions until the deal has been completed and is expected to bring European trading laws closer to those current in the States.

It is clearly too early to judge how this measure will impact on FCPIs or on the venture capital markets in general, but George Pinkham at believes the directive will oblige funds to be more transparent in their fee information. At present, fees are routinely charged on FCPIs for both management and for marketing. This will have to be made clear in future, he expects. “At the moment you can’t see where your money is going,” he says. In other respects, the MIF could add another unwelcome layer of bureaucracy to the investment sector, since different countries will be treating the regulations in different ways. It could also lead to higher transaction costs, according to Pinkham. So, rather than simplifying and unifying European trading conditions, the directive could have the opposite effect.

In the longer term, more competition, transparency and liquidity should result, potentially benefiting the FCPI market and reducing costs. The risks inherent in the sector, however, will remain.