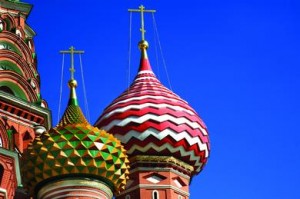 But the latest big challenge for international private equity fund raising for Russia is being faced by funds like Berkeley Capital Partners and Norum Limited which are currently raising their first commercial funds.

Both private equity managers are part of the evolution in Russian private equity where funds sponsored by the European Bank for Reconstruction and Development (EBRD) are now a concept of the past.

Berkeley Capital Partners and Norum Limited are so-called survivor fund managers from the EBRD and G7 programme of Regional Venture Funds in Russia. Under the programme, they essentially managed EBRD funds with minority co-investor participation.

“Our second fund, which has a target of US$150m, will focus on the same types of companies we focused on in our first fund. That is, middle-market companies with a turnover between US$30m and US$300m. The typical size of investment will be between US$10m and US$20m,” says Dmitry Bosky, at Berkeley Capital Partners.

“The Russian market has become more mature and to be more competitive we will look at investments in the range of €10m to €15m,” says Hans Dallnugrd, investment manager at Norum Limited in St. Petersburg. Norum is currently raising a €150m fund and is talking to institutional investors in Scandinavia and in other European countries.

By the end of 2005, the EBRD had ploughed in €600m of private equity into Russia. That is likely to grow by around €100m by the end of this year. In these latest commercial funds the EBRD will participate up to a maximum of one third of any closing, on the basis that international capital is also attracted.

“We see more interest in Russia from institutional investors from Asia, Europe and the US because of the improving state of the Russian economy,” says Dallnugrd.

Russia’s improving sovereign rating, a developing IPO culture at home and overseas, a stronger ruble and a mutual fund industry showing good returns are all said to have contributed to greater confidence among investors looking to take Russia allocation.

The Quadriga fund totals US$140m, into which EBRD put US$45m. Many of the other investors are wealthy individuals.

“We knew who the partners were before we committed,” says Ere Kariola, managing director of 3i Finland. “EBRD’s presence was very important for us.”

The EBRD has a track record of dealing with the many business world complexities in Russia, including money laundering and fraud. And also being able to navigate around Russia’s complex and elastic legal system, for example, is a big bonus for co-investors.

“One reason for us investing in Russia is to make direct investments in the country and we are also keen to help our portfolio companies build contacts there,” says Kariola. “We think more western European business should be active in Russia.”

The Russian economy has very high growth rates – driven by very strong consumer power among Russia’s 144m citizens, says Sylvia Gansser-Potts, a senior banker in the equity funds team at the EBRD in London. “It is still difficult for people to raise money for Russia,” she says.

There are not many fund-of-funds managers actively looking at Russia and Eastern Europe, let alone any that are focusing solely on investing in companies in those countries. In today’s market it probably doesn’t get more niche than Amanda Capital’s commitment to developing its own particular style of fund-of-funds activity.

The first closing of the fund came in at €44.5m in June, just a few months after it was launched. The fund is going to continue fund raising and its final closing is going to take place by May next year with a targeted total of €100m.

Whereas the first closing focused on Finnish investors – pension funds, insurance companies and wealthy families – the second round is being offered to investors across Scandinavia.

By late August the fund had already invested a total of €23m in three funds, comprising US dollar investments and Euro investments.

“I’m a bit surprised about where the money is going to with everyone looking at Asia. Asia has possibly attracted more people because there is more of a listed equity experience in those emerging markets,” says Petteri Änkilä, Amanda Capital’s CEO in Helsinki.

So why the appeal if there is such political risk and legislative changes are needed to facilitate certain types of deals?

Well, multiples in Russia are generally around the four-to-five times EBITDA mark while deals in Ukraine offer multiples of around three times EBITDA, which are obviously much lower than in western Europe, says Änkilä.

“We’re looking at managers raising a second generation of funds with western structures. There are quite a few funds established in Russia right now and when we talk about central and eastern Europe there is a number of third-generation funds.”

Amanda looks at funds which have a minimum stake in an investee company which should allow some blocking capabilities, according to Änkilä.

The fund does not focus on the gas and energy sectors because those sectors are heavily referenced in the public equity markets.

The relative infancy of private equity in Amanda’s target countries means that a leveraged market has yet to develop.

“One thing that hasn’t been available in the region is leverage, so most of the investments have been pure equity plays. Any leverage has tended to come from sources like the European Bank for Reconstruction and Development and from the patchy Eurobond activity,” says Änkilä.

The established private equity funds in Russia are proving that very good results can be achieved in a country often viewed as minefield of corporate challenges. Where there is little leverage, deals are structured with innovative zeal in some cases.

The big success story in Russian private equity is Baring Vostock. Its third fund, Baring Vostock Private Equity III closed at US$400m, roughly half of which is invested with commitments for about 70% of the fund.

“We could easily have raised more than US$400m in our latest fund but we wanted to be more accurate and ensure the right returns for our investors,” says Andrey Costyashkin, head of research at Baring Vostock in Moscow. The average IRR from 27 realised projects is 39%, he says.

BVPE III features traditional investors comprising fund-of-funds, pension funds and private equity funds from Asia, Europe and the US. The EBRD is also present in the fund. Baring Vostock is expected to start fund raising once it has invested 75% of this fund.

Delta Russia Fund, Delta’s second fund, of US$120m was raised last year and 65% is already invested. Investors are financial institutions and wealthy individuals, many of them with a first-time exposure to private equity in Russia, says Ekaterina Panteliushina at Delta Private Equity Partners in Moscow. Delta will start raising funds again as soon as it has invested 75% of its current fund – possibly next year.

“The major source of competition for the classic private equity funds is the Russian pool of capital which has been mushrooming over the last year,” says Panteliushina.

Domestic captive funds backed by banking groups and oligarchs, many of which are fuelled by natural resources revenue, are flooding the Russian market with offers of high valuations. There is anecdotal commentary that these offers are sometimes double what the international capital private equity players are willing to offer.

“Foreign money does not mean a lot in Russia,” says Costyashkin. Equally so, a growing number of Russian entrepreneurs do not want to work with oligarchs and industrialists, he says.

Just two years ago Russian business was not generally embracing private equity as a credible source of corporate funding. In a nascent private equity market, which Russia is, the established funds are trying to educate Russian entrepreneurs that investments in their businesses is not just about investing large sums of money.

Now that Russian business is becoming convinced that its interests would be fairly managed by private equity investors, more fund raising will be needed to cater for this growing demand. But that depends on whether international investors buy into Russia, or not.