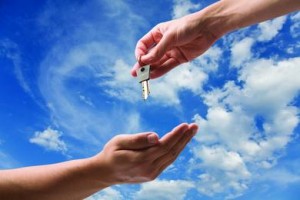 At the end of last year, the UK’s mid-market houses were salivating at the prospect of a steady stream of restructuring opportunities. With the economy heading south and a large proportion of deals set to suffer from over-leverage, it seemed likely that a lot of businesses would need financial restructurings where sponsors were unable or unwilling to inject further equity. Either that, or there would be a swathe of businesses to be bought out of insolvency proceedings. These were logical enough assumptions to make.

Yet it hasn’t quite happened that way. And it’s one of the reasons that deal flow this year has been such a disappointment for the market. “A year ago, there was a lot of talk about the possibility of doing deals with banks in situations where existing sponsors couldn’t put in more equity,” says John Harper, partner at Duke Street. “But the banks are able to be much more rational now that the businesses are in a more stable condition. The banks are gearing up to be owners for the next five or so years of the businesses in which they have taken equity stakes – they realise that now is not the best time to realise their portfolios and so will be looking to take advantage of an upturn over years to come.”

“The was a lot of talk last year about houses targeting good businesses with bad balance sheets, but these just haven’t materialised as deal opportunities,” says Simon Tilley, managing director at Close Brothers Corporate Finance. “If the companies have been in retail, they’ve just gone bust or they are too hard to save unless you’re a turnaround investor. In other sectors, the incumbent sponsor has the effective last right to retain control if they can put in more capital to keep the creditors happy. And if they are not retaining control, they are often ceding it to the creditors, who are now positioning themselves as medium-term owners.”

Even where there have been situations in which private equity firms could have invested in a distressed situation, when it came to it, few have actually been able to do so. “If a company has become distressed, it’s been too hard for new sponsors to come in,” explains Tilley. “The process is too fast and there is generally not good enough information available to help them feel comfortable that the situation is one they can deal with. In any case, LPs have been asking houses not to invest their capital too quickly because of their own liquidity constraints.”

It seems that the banks have adopted a different strategy from previous downturns, when they have either opted to put troubled businesses into administration or have sought to find buyers to take them off their hands. “They have become much more savvy with management teams,” says Markus Golser, senior partner at Graphite Capital. “They have put in place structures for the medium term and are wary of bringing in fresh equity from sponsors because they feel they can do it themselves. Historically, they haven’t been able to do this, but they have been bringing in people with experience to help them.”

Barclays Ventures, which houses some of the restructuring businesses from the Barclays Bank loan portfolio, is believed to have taken on some people, for example. And we may see former private equity executives take on advisory roles to banks to help them manage out the new portfolios of businesses they now own.

Yet there will come a point at which banks will need to offload these assets. “It may make sense for banks to hold on to these assets for some time so they can recoup some of their losses,” says Golser. “But if you have a capital structure in which banks control both the debt and the equity, there are too many conflicts of interest and they will have to sell.”

“Banks are generally not good owners or managers of businesses,” says Paul Marson-Smith, managing partner of Gresham Private Equity. “They will seek to divest over time. These will still be good businesses saddled with inappropriate financing structures and so should make good private equity targets over the next few years.”

Yet mid-market firms may find that they are unable to cherry-pick as some banks are unlikely to want to go through the time-consuming process of selling companies individually. “The banks are holding on to companies,” says Tilley. “The big question is how they will sell. Will they sell piecemeal or will they package up the companies into a portfolio and sell that way?” Could it be that the pickings end up being richer for the secondary directs players than for the mid-market primary houses?