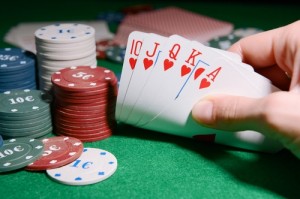 Go early! Hit big! You might think of traditional venture that way.

You might also want to look at the University of Texas Investment Management Company’s most recent venture capital portfolio, funds with vintages of 2011 to 2014.

UTIMCO placed many of its bets over those years with smaller, early-stage funds, some with big names. It is in Union Square Ventures, True Ventures, Foundry Group and IA Ventures. It also bought in big to the fund of funds seed strategy of Cendana Capital.

The results so far are impressive. Most of the funds in the portfolio are extremely early, so hard to assess.

But five of the funds already have IRRs above 19 percent. And several made remarkable gains through November of last year, according to a recent portfolio report.

Perhaps not surprisingly, Union Square Ventures’ 2012 early stage fund leads the portfolio with an IRR of 39.45 percent as of November, the report shows.

But right on its heels is IA Ventures Strategy Fund II, which made a giant gain over the February to November period and ended the month with an IRR of 37.25 percent.

The 17-fund portfolio has 11 early and seed stage funds and five focused on later stage investing. Only three are above $250 million in size, including the recently added GGV Capital V, which at $621.92 million is the largest fund in the portfolio.

The accompanying table lists the 17 funds with their commitments, distributions and IRRs.