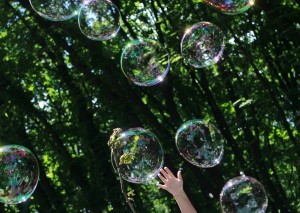 Venture distributions have been up nicely for the past couple of years, with returns coming not just to contemporary funds but to those from bubble-era vintages that often badly need them.

Still, progress is slow in many cases. This is true at the Pennsylvania Public School Employees’ Retirement System, where the LP holds 11 venture funds from 1999, 2000 and 2001.

The IRRs of most of the funds barely budged through the first nine months of last year, according to a performance report updating the portfolio to September 2013. At the end of the third quarter last year, six had positive IRRs and four had negative ones. One fund went unreported.

Several funds broke from the pack and stood out for their improvements. StarVest Partners saw distributions jump 27 percent and its IRR rise to 6.7 percent for its 1999 fund. Cross Atlantic Technology Fund II, managed by Cross Atlantic Capital Partners, benefited from a boost in asset value and its IRR broke into positive territory. The money manager’s Co-Investment 2000 Fund also notched a respectable gain.

The accompanying table lists the funds with their IRRs, distributions and commitments.