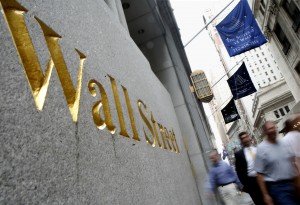 That venture funds from the early years of the first decade of the 21st century continue to struggle is not new news. When they excel, it is.

The California State Teachers’ Retirement System has 17 venture funds with vintages of 1999 to 2003. Not surprising, more are in the red than above water.

But several standouts deserve attention. Summit Ventures VI-A has continued to throw off cash and has seen its IRR inch up to 13.77%, according to CalSTRS’ most recent portfolio report.

Another winner is Apax Excelsior VI, which saw its IRR improve to 12.01%, as it has continued to generate cash.

Also doing well are Summit Accelerator Fund and ARCH Venture Fund VI, which unlike the others, has not returned its original investment, but holds onto a 9.53% IRR.

The difficulties facing these early decade funds have been explored ad infinitum. The collapse of the dot-com bubble created a toxic environment of slowing growth, falling valuations and deep skepticism over the prospects of young companies.

Managing funds through this period was trying, and clever partners stood out from the rest. This division is reflected in the CalSTRS portfolio.

Ten of the 17 funds have negative IRRs, according to the portfolio report undated to September 2012, including four of CalSTRS’ 2000 funds and three of its 1999 funds. Among the eight with IRRs in the black are New Enterprise Associates XI and M/C Venture Partners V.

Some improvement continues in the portfolio. In the year from September 2011 to September 2012, 11 of the funds saw IRR gains. Gains by and large were modest, as expected for funds of this age, but Sofinnova Venture Partners VI made a nice advance as did InnoCal II.

Despite its gain, InnoCal II remains the worst performing fund of the bunch with an IRR of -13.8% followed by VantagePoint Venture Partners III, with a -12.43% IRR.

The accompanying table lists the 17 funds with the commitment levels, distributions and IRRs from reports dated September 2011 and 2012.