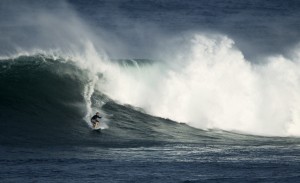 Many bubble-year funds still struggle to turn the corner.

This is the case at the Employees’ Retirement System of the State of Hawaii, where mixed results describe a portfolio of 23 funds with vintages of 1998, 1999 and 2000. One strategy that has benefited this LP is buying up slices of familiar funds in the secondary market several years later.

Hawaii ERS is a cautious investor. It sticks to large and medium-sized funds, often from brand-name firms. It has three funds of the period from New Enterprise Associates, three from Austin Ventures, three from U.S. Venture Partners and seven from Oak Investment Partners, although four of the Oak funds came from secondary purchases.

Results vary. A total of 13 had returned, or were on target to return, more than invested capital, in some cases substantially more, according to a December 2013 portfolio report.

Meanwhile, 10 of the funds were not yet in that position. In several cases they were significantly underwater, the December report shows. Only about half of the funds had generated distributions in excess of called capital as of December, a track record that is worse than it sounds because all five secondary purchases tipped the scales to benefit those returning more than invested due to their discount.

The top fund, excluding the secondary purchases, was Oak Investment Partners VIIII, which had an investment multiple of 1.82x as of December. NEA VIII also ranked high with a multiple of 1.65x. M/C Venture Partners was close behind at 1.62x.

Funds from Worldview Technology Partners, Morgenthaler Ventures, NEA and USVP ranked at the bottom of the list.

The accompanying table lists the 23 funds with their commitments, distributions and investment multiples.