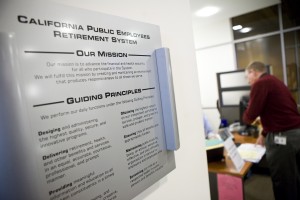 Still, more of them have negative IRRs than positive ones, and cash distributions are modest, to state it politely, according to the latest performance report from the California Public Employees’ Retirement System.

What’s more, the report shows that just as many saw their performance worsen as improve for the year ended September 2012.

The portfolio is largely made up of smaller funds of less than $200 million in size, with the majority taking a balanced, or generalist’s, approach to investing, according to data from Thomson Reuters (publisher of VCJ). Five have greater heft, with LP commitments of $253 million to $420 million. Three target later-stage investing.

The portfolio is managed by Centinela Capital Partners and is one of several that CalPERS hands over to outsiders. It targets emerging domestic fund operators.

Several of the funds are standouts. Longitude Capital Management’s fund from 2008—called Longitude Venture Partners—had a net IRR of 25.7%, as of September 2012, according to the portfolio report. Altos Ventures’ fund IV also from 2008 has a 12% IRR. Both funds improved over the year.

On the other hand, Syndicated Communications Venture Partners V from Syncom Management Co. slipped to an IRR of -23.4% and the fund of funds Vedanta Opportunities Fund from 2008 had a -18.5% IRR.

Starvest Partners II also was in negative territory with a -9.1% IRR.

In the accompanying table, we list all the Capital Link Fund funds with their commitments, distributions and IRRs.