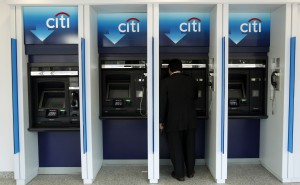 Distributions to limited partners have improved recently, but many venture funds of the past decade remain well behind their breakeven point.

This trend is apparent in the venture portfolio of the Pennsylvania State Employees’ Retirement System. The pension manager has 53 venture funds with vintages of 2003 to 2012. Only two have returned more cash than contributed. Many don’t yet come close to repaying invested capital.

However, last year was a year of improvement at SERS. A total of 39 of the funds, or 74%, increased their overall distributions during the year, according to portfolio reports updated to December 2012.

Eleven of the funds did not provide additional distributions in the 12 months and four funds saw a reduction in distributions, largely because the SERS commitment level to the funds declined.

The record of improvements is good and is primarily strong for funds with 2006 and 2007 vintages. But the lagging capital payback underscores one big difficulty that faces the venture industry. Cash on cash returns need to accelerate.

In looking at the SERS portfolio from a distributions perspective, VCJ would dig deeper, but the state pension fund releases precious little data on its investments, only commitment levels, called capital and distributions.

In the accompanying table of funds with vintages of 2003 to 2006, one standout is the 2005 Meritech Capital Partners III, which as of December 2012 returned $62.2 million to SERS from a $34 million investment, the portfolio reports show.

The fund has benefited from IPOs of Facebook, Fusion-io and Imperva and more recently Tableau Software, according to data from Thomson Reuters.

The 2005 JMI Equity Fund V also has returned more than called capital. None of the other funds in the chart do.

One fund that comes close is Frazier Healthcare V, which so far has returned $23.7 million on an investment of $29.2 million. Zeltiq Aesthetics is among the fund’s exits, according to Thomson Reuters.

One fund where SERS has reduced its commitment is Austin Ventures IX. The money manager’s commitment as of December 2012 was $15 million. That is down from almost $21 million in December 2011. Contributed capital decrease even more substantially, and so did distributions, according to the portfolio reports.