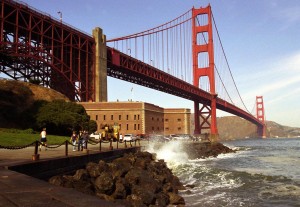 The fund, Claremont Creek Ventures II, saw its IRR shoot up to 16% in the pension manager’s most recent portfolio report, dated June 2013. That was enough to push it ahead of GRP III Investors, the Upfront fund, and into the lead position among venture and venture-related holdings, according to the portfolio report.

The Golden State portfolio overall has generated solid results for CalPERS. Seven of its nine venture and venture-related funds have positive IRRs while two have negative IRRs. During the nine months leading to June, five of the funds lost ground while the performance of three improved.

As of June, the fund had not generated distributions.

GRP III, for its part, had generated only modest distributions as of June, according to the portfolio report. The early-stage fund holds such companies as Maker Studios, DataSift and TrueCar, according to Thomson Reuters. Among its recent exits, Apple acquired portfolio company Burstly this year.

Another fund that gained over the period was St. Cloud Capital Partners II. The mezzanine fund rose from a negative IRR to an IRR of 3.4%.

The nine funds are listed in the accompanying table along with commitment levels and IRRs.