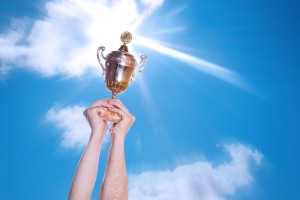 The funds are among 18 venture and growth funds held by WISB’s Pathway and Invesco portfolios with vintages of 2003 to 2005. Overall, the portfolios showed steady performance improvement from September 2013 to September 2014, with five funds advancing for every one declining.

Its track record as a result is enviable. Seven of the fund have double digit IRRs and only two have IRRs in negative territory, the report shows.

Union Square Ventures 2004 had solid control of the top spot with an IRR of 67.69 percent as of September. The fund has now generated $72 million in distributions on paid-in capital of $5.8 million. Distributions more than doubled over the 12 months.

During the period, New Enterprise Associates 11, a 2004 fund, also more than doubled distributions.

The holdings are heavily weighted toward mid sized funds of $200 million to $550 million in size. NEA 11 and Technology Crossover Ventures V are the only two mega-scale funds. The portfolio favors early stage and cross-stage investing.

The accompanying table lists the 18 funds with their commitments, distributions and IRRs.