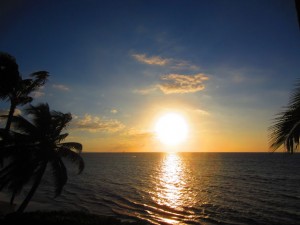 The growth equity portfolio at the Hawaii Employees’ Retirement System is an eclectic mix of small-scale later stage funds and massive multi-billion capital pools with a broad, balanced approach. Results are reasonably good.

Only five of its funds were underwater or at breakeven as of December, and four of these had a 2011 or 2012 vintage, so were still quite young.

The majority of the funds with vintages of 2005 to 2012 were in the profitable column, some handsomely so. At the head of the class was JMI Equity Fund V from 2005, with the astonishing investment multiple of 4.81x as of December 2013, according to a recent portfolio report.

Growth equity at Hawaii ERS is a complement to a fairly substantial venture program that the LP has focused on big-name firms such as New Enterprise Associates, Battery Ventures, Canaan Partners and U.S. Venture Partners. The portfolio, comprising 17 funds, is built around a small list of managers. The LP has multiple funds from Oak Investment Partners, JMI Equity, Summit Partners and TA Associates.

Several of the investments have paid off nicely. The 2005 vintage Weston Presidio V had a 1.84x investment multiple as of December and JMI Equity Fund VI sported a multiple of 1.4x, according to the report. Several other funds that the money manager bought in the secondary market years after they were formed also turned out to be good bets.

However, just one of the LP’s funds distributed more than contributed capital as of December. And at the bottom of the portfolio were two funds from AB Capital Partners.

The accompanying chart lists the 17 funds with their commitments, distributions and investment multiples.