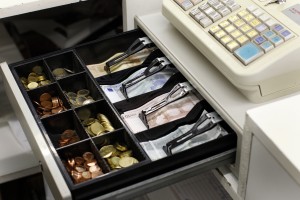 Growth fund performance at the University of Texas Investment Management Company ticked higher early this year. However, Asian investments in the private equity portfolio still have yet to prove themselves.

Funds focused on the United States and the “rest of world” remain the strongest performers, claiming the top four spots in the portfolio.

At the head of the class is Actis Capital’s Actis Africa 3, followed by the U.S.-focused University Ventures Fund I UTIMCO Investment, which saw a big gain in the six months ended February.

Performance overall is solid. A total of 19 of the funds have positive IRRs and eight have negative ones, according to a portfolio report updating returns to February. Also, 16 of the funds advanced during the prior six months and 10 saw their performance decline, the report showed.

Actis Africa 3, at the top of the portfolio, had an IRR of 16.35 percent as of February, while University Ventures Fund I UTIMCO Investment posted an IRR of 13.59 percent, an increase from -1.1 percent in August 2013.

Helios Investors II, the ninth best performer, also posted a big gain. Its IRR ended February at 8.03 percent, up from 2.92 percent in August. Emerging Europe Growth Fund II chalked up a healthy improvement with its IRR moving from a negative number to 4.64 percent.

Nine of the 11 worse performing funds were focused on Asia. However, five are from 2011 and 2012 vintages, so are still in formative stages.

The accompanying table lists the 27 funds with their commitments, distributions and IRRs.