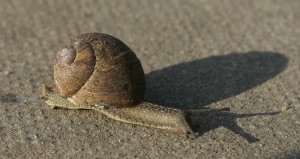 The majority of the Washington State Investment Board’s venture funds from the past decade are above water, but improvement has come slowly to this varied portfolio

The pension fund manager has 18 directly owned venture funds with vintages of 2000 to 2011. Ten of them now boast positive IRRs while the remainder shows red ink, according to WSIB’s most recent private equity portfolio report.

During the final six months of 2012, eight of them saw their internal rates of return gain ground. The remaining 10 did not.

This hard won progress cuts across the grain of venture capital as a whole, where performance and distributions to LPs have generally been on the rise.

One of the top improvers in the portfolio is Essex Woodlands Health Ventures Fund V from 2000, which saw its IRR advance to 7.48% over the six months from June to December of last year, a healthy number for this difficult late bubble year.

Another gainer is Menlo Ventures XI, a young fund with a 2011 vintage that nicely pared a negative IRR, according to the portfolio report updated to December 2012.

OVP Venture Partners VI also improved, but maintains a negative IRR even after 12 years of operation.

On the other hand, New Enterprise Associates 12 witnessed a pull back in its IRR. The fund’s internal rate of return is still strong at 8.04%, but it slumped from 11.15%, according to the WSIB portfolio report.

In the accompanying chart are the 18 funds from the WSIB portfolio with called capital, cash distributions and IRRs from December 2012 and June of the same year.

The WSIB holds other venture funds in its Invesco and Pathway portfolios that are not included in the chart.