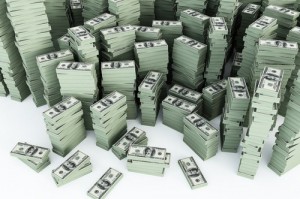 Funds from IVP, Landmark Partners and Sofinnova Ventures are at the top of a mid-decade portfolio of venture funds at the San Francisco Employees’ Retirement System.

The portfolio is made up of 2002 to 2007 vintages with a balanced mix of small, mid-tier and larger funds and a diverse approach to investing.

Half of the funds are mid-tier, or between $300 million and $950 million in size. The remainder is split between smaller funds and funds of a billion dollars or more.

A third of the funds are early stage and a third have a late-stage or multi-stage approach to investing. The portfolio holds a pair of fund of funds from Weathergage Venture Capital and Knightsbridge Advisors. It also has a secondary fund from Landmark Partners.

Overall, results are solid, given the challenging vintage years. All but two of the funds had positive IRRs as of December 2016, with half of the portfolio above 10 percent, according to a recent public report.

The leader of the bunch was Institutional Venture Partners XII with an IRR of 26.4 percent as of December, the report shows. Distributions at the 2007 fund were more than 2x.

The $600 million fund from 2007 was an investor in several portfolio companies that went public, including HomeAway, Kayak.com, Twitter, Yext and Zynga, according to Thomson Reuters.

A close second was Landmark Equity Partners XII from 2004 with an IRR of 25 percent. A distant third was the 2007 Sofinnova Venture Partners VII with an IRR of 16.1 percent.

All 12 funds are included in the accompanying spreadsheet with IRRs, distributions and commitments.