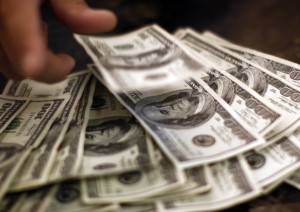 Funds from the challenging post-bubble years at the turn of the new century have always had a steep mountain to climb.

Difficult financial markets, cautious capital and tepid innovation combined to create a troubled time for venture investors. This is evident in most venture portfolios of the era, including those managed by the California State Teachers’ Retirement System.

The state pension manager’s 17 venture funds from 1999 to 2003 clearly show mixed results. About half of them have negative IRRs and several of those in the black don’t have much to boast about, according to a portfolio report updating the holdings to March 2014.

Performance gains in the 18 months leading up to the report were generally modest, not surprising given the age of the funds.

That is unless you look at New Enterprise Associates XI. The 2003 fund showed a sizeable gain over the period and threw off a bunch of cash. And it led the portfolio. A major strengthening.

Another observation worth noting: Larger funds did better than mid-sized ones during the period, perhaps not what you would expect. The top three funds in the portfolio were billion-dollar-plus funds and so was the sixth best performer.

The CalSTRS portfolio is weighted toward large and medium sized balanced and multi-stage funds with some exposure to early stage.

Overall, during the 18 months, it gained ground. Twelve of the funds advanced, though in mostly small steps.

NEA XI, the exception, had an IRR of 15.21 percent as of March, up from 8.79 percent in September 2012, according to CalSTRS reports. It more than doubled its cash generation in six months.

Summit Ventures VI-A also stands out as the second best performer, with an IRR of 15.06 percent as of March, and Apax Excelsior VI came in third.

The accompanying table lists the 17 funds with capital commitments, distributions and IRRs.