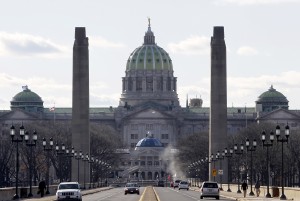 An investment portfolio with a late-stage bias often trades off risk for consistent performance.

But inconsistency seems to best describe the results of venture investments at one Pennsylvania pension fund. Only five of the 18 funds with vintage of 2003 to 2013 have double-digit IRRs and only one has close to a 2x return on capital.

The portfolio heavily favors later-stage and multi-stage funds. Sixteen of the funds consider themselves later stage, balanced or generalist in nature. About half are substantial in size, with capital under management of $420 million to more than $2.7 billion.

Typically later-stage returns are less than early-stage returns, but with less risk because companies are more mature by the time an investment is made.

However, results vary widely at the Pennsylvania Public School Employees’ Retirement System, according to a recent portfolio report. Four of the funds have negative IRRs and another eight have IRRs in the single digits, in many instance suggesting modest returns.

Among the top performing funds is Aisling Capital III from 2008, which leads the portfolio with an IRR of 21.71 percent as of June 2014, according to the report. The fund made a considerable performance gain from September 2013 to June.

The biggest improvement in the portfolio was seen by Summit Partners Growth Equity Fund VIII, a 2012 fund that saw its IRR rise to 18.38 percent from -10.9 percent. Another big gain was logged by Tenaya Capital VI, the new Tenaya fund with a 2012 vintage. The fund broke out of the negative to a 3.26 percent IRR, according to the report.

The accompanying table lists the 18 funds with their commitments, distributions and IRRs.