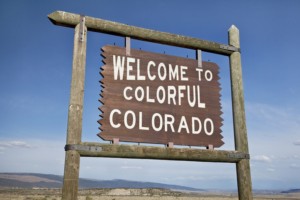 A pair of funds from Longitude Capital has taken the top spots in a late-decade venture portfolio at Colorado Public Employees’ Retirement Association.

The funds, one from 2008 and the other vintage 2013, reflect the upswing life-sciences investing has seen in recent years. Both saw significant improvement in the 24 months ended in December 2015.

The Colorado portfolio, which favors large and midsized funds with a late-stage or multi-stage approach to investing, overall posted a respectable performance. The 14 funds, vintage 2006 to 2013, all had positive IRRs as of December, though a handful were still in the single digits, a performance report shows.

Improvement across the portfolio was significant. Two-thirds of the funds gained ground in the previous 24 months, with standout gains made by Summit Partners Growth Equity VII, Pacven Walden Ventures VI and CMEA VII, the report shows.

Also a significant gainer was Longitude Venture Partners II, the leading fund in the group. The fund’s IRR was 37.76 percent as of December, up from -36.99 percent in December 2013, according to the report.

The $385 million fund was an investor in Aimmune Therapeutics Inc, which went public, and the medical-device incubator Twelve Inc, which was acquired by Medtronic for $485 million in 2015, according to Thomson Reuters.

Longitude Venture Partners from 2008 held the second spot with an IRR of 26.23 percent. Technology Crossover Ventures VII was the third best performer with an IRR of 21.55 percent, the report shows.

Highland Capital Partners VII saw a slip in performance and was at the bottom of the portfolio.

The accompanying table lists the 14 funds with their capital calls, distributions and IRRs.