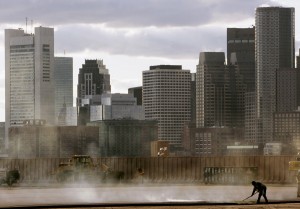 The Massachusetts Pension Reserves Investment Management Board hasn’t invested in a venture capital fund since 2006. Perhaps it should have.

The money manager drew the line on the asset class that year after buying into 10 funds in 2006, according to its most recent portfolio report. The results of recent investments prior to the cutoff—24 commitments to funds beginning in 2003—are largely favorable, a notable achievement given the difficult vintage years.

If its hot hand had continued during the more favorable vintages since, it might have returns to show.

To its credit, 16 of the 2003 to 2006 investments had positive IRRs as of the end of 2011, the report shows. Eight did not. The pension manager releases precious little data on its investments, so it impossible to tell whether the funds have generated substantial cash distributions or how much Mass Prim committed to its best funds.

Also, three of its top investments are linked to the same fund: Insight Venture Partners V, vintage 2005. Combined commitments are impossible to guess at.

At the bottom of the list are El Dorado Ventures VII, J.H. Whitney IV and Castile Ventures III.

In the accompanying chart, we list the funds along with their vintage year and IRR. We also promise to keep an eye out for Mass Prim’s December 2012 portfolio update.