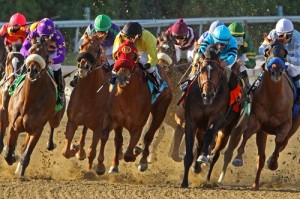 The University of California’s mid-decade ventures funds turned in a mixed performance over the past year.

The portfolio of 33 funds with vintages of 2003 to 2006 by and large has solid performers, according to a portfolio report updating fund performance to December 2012. A total of 22 funds, or about two-thirds of the holdings, have IRRs above zero, though in one case just barely so. Another 10 funds are below.

The mixed results are something of a surprise for funds now seven to 10 years old. Funds of this age should be making steady progress toward liquidation.

A handful of the holdings can boast of exceptional performance. Still, a number of them lost ground last year. Two funds belonging to Insight Venture Partners are at the top of the list with IRRs of 19.3% and 23.6%, respectively. But both pulled back modestly in 2012.

At the bottom of the list are 2006 Intersouth Partners VII, 2003 De Novo Ventures II and Claremont Creek Ventures from 2005. All have significantly negative IRRs.

You can find the 33 funds listed in the accompanying chart with their commitment levels, distributions and IRRs from December 2012 and 2011.