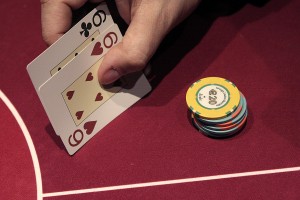 Mid-life venture funds with vintages of 2007 and 2008 should by now be settling into their eventual IRRs. It isn’t always a pretty picture.

This is true of a number of the funds in the California Public Employees’ Retirement System’s Capital Link portfolio.

Quaker BioVentures II from 2008 made significant gains over the nine months from June 2013 to March 2014, the report shows.

However, more than 40 percent of the 12 venture funds have negative IRRs, and as many lost ground in the nine months from June to March as gained it.

The portfolio is made up of primarily mid-sized funds ranging from $100 million to $420 million in size. Its pair of early-stage funds has performed well. But late stage returns haven’t stood out. Nor has the performance of its single fund of funds.

At the top of the portfolio, which is managed by Grosvenor Capital Management, is Longitude Venture Partners, a balanced-stage fund with an IRR of 24.9 percent as of March. That is up from 16.6 percent in June. The fund generated a pile of cash during the period.

Altos Ventures IV is second in line with an IRR of 14.4 percent, off a bit from June. Also of note is later stage Quaker BioVentures II with a March IRR of 4.9 percent, a big improvement from -9.2 percent in June.

The accompanying table lists the 12 funds with commitments, distributions, investment multiples and IRRs.