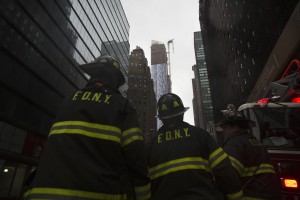 The New York City Fire Department’s venture strategy has been built on early and balanced-stage funds over the past decade with mixed results.

Several funds have brought big returns, including ones from FirstMark Capital and Scale Venture Partners. But nearly half the portfolio has IRRs below 10 percent and another handful of funds besting that mark have yet to break away from the pack, according to a recent performance report.

The portfolio holds 23 venture capital, venture-related and secondary investments with vintages of 2004 to 2013. A number are with well-known managers, such as Scale, Summit Partners, Landmark Partners and Psilos Group. Other GPs are not household names, such as Medica Venture Partners, SCP Private Equity Partners and Montreux Equity Partners.

The portfolio favors mid-size funds and managers which bring a balanced, or multi-stage, approach to their investing. Two funds of funds likely add to this stage diversity. Three additional funds are mega scale with assets above $1 billion and two of them address the secondary market, also suggesting multi stage.

A quarter of the managers targets early-stage investing.

A pair of funds of funds from Fairview Capital Partners has brought uneven returns, and the Highland Consumer Fund I still struggles.

The 23 funds are listed in the accompanying table with commitments, distributions, investment multiples and IRRs.