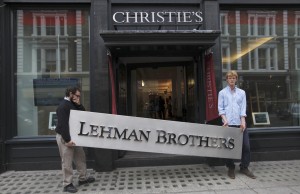 But several funds in the pension fund manager’s portfolio are performing well, and others will be worth watching over the next several years to see how they do. Separately, the portfolio can say it had its share of controversy in the aftermath of the 2008-2009 financial crisis.

The division’s most recent portfolio report lists seven venture funds with vintages of 2006 to 2012. The top performer is a custom fund – the NB/NJ Custom Investment Fund – managed by Neuberger Berman. The fund was at the center of the financial storm over the collapse of Lehman Brothers after Neuberger Berman spun itself out of the bankrupt securities firm and state Sen. Joseph Pennacchio seized the moment to request details about its investments.

The 2007 fund presently has an investment multiple of 1.41x and showed solid improvement from earlier in the year. The portfolio report updates performance to October.

Another Neuberger Berman fund, the NB Crossroads Fund XVIII, also has performed nicely, according to the report. The 2006 fund had an investment multiple of 1.32x as of October, though distributions from both the funds have lagged portfolio values.

The portfolio also includes Khosla Ventures IV, a $1.05 billion, 2012 fund. The fund’s investment multiple was largely unchanged from February to October and stands at 1.1x.

Two other 2012 funds bear watching. General Catalyst Group VI saw its investment multiple improve modestly over the time period and Tanaya Capital VI’s was mostly unchanged. Both funds are early in their life cycles and can expect to see their multiple change.

The accompanying table lists the funds with their investment multiple, distributions and commitments.