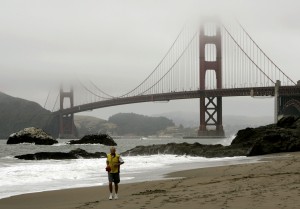 Unlike many LPs, especially public pension investors, the San Francisco Employees’ Retirement System has remained an active player in the venture asset class.

Most of these funds are too young to know how they will perform over time, but several are out of the blocks with a start, including funds from Polaris Venture Partners, Trinity Ventures and New Enterprise Associates, according to a recent portfolio report.

SFERS favors large and mid-sized funds. It has positions in a pair of NEA funds from the period and two large Institutional Venture Partners funds. It bought into Bain Capital Venture Fund 2012 and Canaan Fund IX.

The funds are in formative stages and therefore too early to judge. Those with investment multiples below one just barely outnumber those with multiples above one. Five are too young to even have multiples. In the final six months of 2012, 11 saw performance improvements and four didn’t. Not a bad record given their age.

New Enterprise Associates 13 improved as well and boasted an investment multiple of 1.32x.

The DFJ fund – Draper Fisher Jurvetson Fund X – posted an investment multiple of 1.11x as of December, almost identical to the multiples of the Weathergage and Knightsbridge funds of funds.

The money manager’s latest additions to its portfolio include funds from Trinity, Mayfield, IVP and Knightsbridge. Many hadn’t yet called capital as of December and don’t yet have investment multiples. We will be sure to update you when they do.

In the accompanying table is a list of the funds with their commitments, capital calls and investment multiples from December and June of last year.