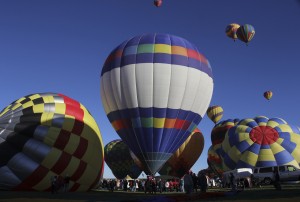 It has a heavy emphasis on secondary funds. It avoids the billion-dollar-plus, multi-stage mega funds. And it shies away from the smaller, early-stage, back-to-basics funds many managers have launched.

But the small portfolio has done quite well, which is saying something in today’s environment.

The portfolio has nine venture and secondary funds with vintages of 2006 to 2011. Included are two mezzanine funds from the same period.

Each has an IRR in positive territory, according to a portfolio report updating the holdings to June 2013.

The top two funds are also the most recent, and correspondingly have impressive starts. Industry Ventures Fund VI, a 2011 secondary fund, has an IRR of 35.63% and has already returned $8.2 million in distributions. Edison Venture Fund VII, a later stage fund also from 2011, has an IRR of 21.16%.

Lexington Capital Partners VII, also a secondary fund, is showing a solid performance with an IRR of 18.61%.

Further down the list, Vicente Capital Partners’ Growth Equity Fund from 2007 is also holding its own with a 9.49% IRR, and Psilos Group Partners III is standing tall with an IRR of 8.75%.

At the bottom of the list is Fletcher Spaght Ventures II. It is an early stage 2007 fund with an IRR of 1.69% and some more work to do.

The accompanying table lists all the funds with their commitments, distributions and IRRs.