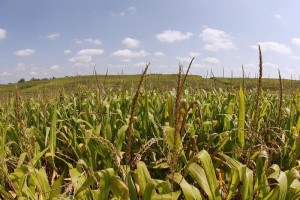 The Indiana Public Retirement System’s recent-vintage venture-capital portfolio notched strong gains in the second half of last year, according to a recent portfolio report.

The gains are evidence of the rising tide in portfolio values at active funds.

The INPRS portfolio has 27 funds with vintages of 2007 to 2010. Overall performance is good. Twenty-three of the funds have positive internal rates of returns, including 17 with double digital IRRs, according to the December 2013 performance report. Two thirds of the funds advanced during the second half of last year, some significantly.

The portfolio’s top performer is Institutional Venture Partners XII from 2007 with an IRR of 36.44 percent. This is an 11 percentage point gain from a 25 percent IRR in the middle of the year. Trinity Ventures X from 2009 also made a substantial gain. Its IRR of 32.45 percent is the second best in the portfolio and rose from 17.52 percent in June.

Two funds from DCM also advanced solidly. DCM V from 2007 ended the year with an IRR of 14.91 percent, up from 5.9 percent in June. Aisling Capital III from 2008 also advanced.

The funds at the bottom of the list include Kailai Investments II and Forbion Capital II. Rho Ventures VI also had a negative IRR as of the end of the year.

The accompanying chart lists the 27 funds with their commitments, contributed capital, distributions and IRRs.