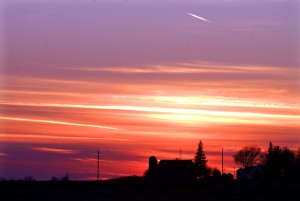 Finding the new hot firm or making a bet on a promising young early stage rainmaker can bump up returns.

In this market of great disparities, the Iowa Public Employees’ Retirement System has played it safe. The money manager increased its venture investing over the past couple years. But it has stuck with familiar names and big established funds.

You won’t find a Union Square Ventures or Spark Capital. Instead, firms such as New Enterprise Associates, Technology Crossover Ventures and Battery Ventures win repeat business, according to a recent portfolio report updating the portfolio to December 2013.

The money manager has 44 funds with vintages of 2004 to 2014. About two-thirds of them—30—come from just seven managers. Along with NEA, TCV and Battery, they include Austin Ventures, Summit Partners and Insight Venture Partners. An additional three funds are managed by Canaan Partners.

This concentration is also reflected in fund size. Almost half the portfolio—20 funds—are large in size, with capital raised of $800 million or more. An additional 16 funds are mid-tier, or $300 million to $799 million in size.

That leaves only a small slice of the portfolio for small, emerging managers.

And yet IPERS does appear to have an upbeat assessment of venture. Commitments went to seven funds in 2012 and another five in 2013, an increase after several slow years. So far this year another fund has been selected: the $1.59 billion TCV VIII, which won a commitment of $60 million.

Maybe it is time to look beyond some of the standard bearers of the industry.

The accompanying chart table IPERS’ 44 funds of the past decade by vintage year with commitment levels.