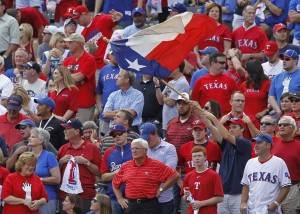 The Texas County and District Retirement System has stepped up its commitment to venture capital over the past couple of years with a strategy that favors large and mid-sized funds.

The LP added 10 funds to its portfolio since the start of 2012, expanding its venture holdings by more than 60 percent, according to a recent report updating investments to December 2013.

The retirement system has favored mega-scale and mid-tier funds. Eleven of its funds have capital assets of $900 million or more, and another 13—or half of the portfolio—are funds between $350 million and $750 million in size.

Only two funds are under $100 million, suggesting the portfolio has a limited exposure to seed.

Among the LP’s latest additions are mega-scale funds from IVP, Summit, NEA and TVC. According to the TCDRS website, other funds added since the December 2013 cutoff for the portfolio report are from DFJ, Spark, Khosla, The Column Group and Lightspeed Venture Partners.

Performance of the 26 funds with vintages of 2006 to 2014 included in the report is upbeat. Seventeen funds have positive IRRs while only one is in negative territory, and that one is a relatively new 2012 vintage, so it is in a formative stage.

The top-performing fund is OrbiMed Private Investments IV from 2010 with an IRR of 44.06 percent as of December. Draper Fisher Jurvetson X, a 2008 vintage fund, had an IRR of 21.83 percent, and NEA 13 boasted an IRR of 20.35 percent, according to the report.

The 26 funds are listed in the accompanying table with capital commitments, distributions and IRRs.