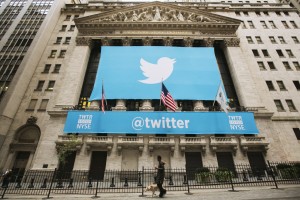 The performance of mid-decade venture funds drifted through much of last year, though several generated considerable distributions, if the University of Texas Investment Management Company’s portfolio is a guide.

As many of UTIMCO’s venture funds with vintages of 2003 to 2006 advanced as declined, even as performance overall remained relatively upbeat, according to a November report. Several of the funds broke rank and generated buckets of capital distributions, particularly Union Square Ventures’ 2004 fund.

The portfolio is a combination of big name funds and funds that get less limelight. It includes 17 holdings with a bias toward early-stage investing and a mid-tier size. Thirteen range from $100 million to $525 million. Three are funds of funds and three fall into the mega category of $900 million or greater.

The top performer is Union Square Ventures 2004, which posted an IRR of 67.12 percent as of November and generated more than $139 million in distributions since February. The $125 million fund invested in Twitter, Zynga and Feedburner, among others, according to data from Thomson Reuters. The fund has returned itself more than 12 times, based on the recent report from UTIMCO.

Number two in the portfolio was Sofinnova Venture Partners VII, which held onto a solid IRR of 15.21 percent, followed by two funds from Technology Crossover Ventures, funds V and VI.

Ampersand 2006 generated substantial distributions and ended the period with an IRR of 10.49 percent. PTV Sciences from Pinto Technology Ventures also kicked off a significant amount of distributions.

One fund feeling stress was Arch Venture Fund VI, which saw its IRR slump to 1.45 percent in November from 10.15 percent in February.

The accompanying table lists the 17 funds with their commitments, distributions and IRRs.