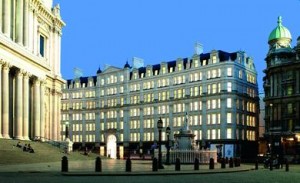 Tom Lamb, co-head of Barclays Private Equity, says: “It was the first major fund to close after the credit crunch and it was gratifying for us that our track record was impressive enough to prevent investors being spooked by the market volatility.”

The buyout house had the opportunity to raise more than its original target, but decided against this, says Lamb, because it did not want to move out of its traditional market. “We’d invested our last fund more quickly than expected and so needed to come back to the market. The new fund is already 25% invested through 11 transactions, so we’re already putting the money to work.”

Investor relations director Brian Blakemore says the other gratifying thing about the fund raising was that investors were not put off by the uncertainty surrounding Barclays bank’s bid for ABN Amro last year. “This was in the press all the time and could have raised doubts about us for some investors but we were able to handle it all.”

Barclays Private Equity has held onto many of its original investors, going back to the first fund in 2002. Christiian Marriott, a director, argues that much of the attraction for investors was that Barclays Private Equity represents a successful model of a captive buyout house and one that has evolved its funding base. “External sources of funds have increased from 48% in the first fund to 58% in the second and 73% in the third,” he says.

He adds that in the new fund for the first time there is a significant component of high net worth individuals, which is a market many private equity funds are seeking to explore.

The fund will focus on mid-market opportunities throughout Europe, predominantly in the UK, France, Germany, Italy and Switzerland. The firm has developed sector expertise in financial services, healthcare, support services and consumer & travel in the UK and pursues a more generalist approach in Continental Europe.