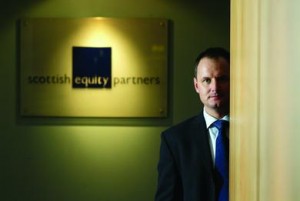 The year’s largest venture capital fundraising in Europe closed in October on €238m, oversubscribed and over target. Supported by both existing and new investors, Scottish Equity Partners’ third fund, SEP III, was one of the highlights of the year for an asset class that is finally emerging from the doldrums.

SEP, formerly known as Scottish Equity Partners, has been in the venture game since 2000, although the founding team, led by Calum Paterson, had been investing together since 1991. Other key executives in the founding team include Brian Kerr, Richard Sparrow, Stuart Paterson and Gary Le Sueur.

Paterson, speaking about the success of the fundraising, said: “The market for venture capital fundraising in Europe is undoubtedly challenging and we were delighted when SEP III was closed oversubscribed at £160m, exceeding our original £150m target. We believe that the success was largely down to two factors: firstly, a confidence in SEP’s approach, based on the strength of our team, which we believe is one of the most experienced in Europe, and a strong and demonstrable investment track record going back to 1991.

“Secondly, we found that limited partners endorsed our planned strategy of investing principally in the UK market. We believe that we can offer companies far better support throughout their growth and development if they are based within easy reach. Also, the UK is established as the most successful and vibrant venture capital market in Europe and ranks second only to the US in terms of both research excellence and technology investment activity.”

Around half of the new fund was raised from investors based in the UK, with the other half from investors based abroad. New investors were attracted from France, Germany, Switzerland, Belgium, Sweden, Finland, as well as from the UK. In doing this, SEP achieved one of its other key fundraising goals, namely to diversify its LP base from being UK-centric to one spread more broadly across Europe.

Fundraising for SEP III was launched in late 2005. The investment strategy is to focus primarily on UK-based technology companies in the IT, healthcare and energy-related technology sectors, investing in a combination of early stage investments and more mature, emerging growth companies. The initial target was to raise well over €150m, and the firm soon imposed a €227m hard cap, which was increased due to demand but decided to draw a line under fundraising at circa €243m. The firm said its objective was not to raise as much money as possible, but to cap the fund at a sensible level relative to the market it operates in.

What piqued interest among investors was the firm’s strong track record. SEP II is a €167m fund, was established in 2001 and was the first fund to be raised after SEP was set up as an independent company. SEP II is now fully committed, with investments in 31 UK companies. Key exits from this fund include bluetooth chip company CSR, which floated in 2004 and is now worth over €1bn, and fraud prevention software company Searchspace, which was sold to Warburg Pincus in 2005.

To date the new fund has made one investment, namely VirtenSys, a semiconductor company based in Manchester and California. SEP led a €9.2m round in October 2006, co-investing equally with Celtic House Venture Partners and GIMV.

Hamish Mair, director and head of private equity funds at F&C Asset Management, said of his business’ investment: “SEP has come through the difficult years for venture capital very well. Its highly successful fundraising is evidence of real energy and dogged Scottish tenacity, which has also been deployed equally effectively in its portfolio of investments.”