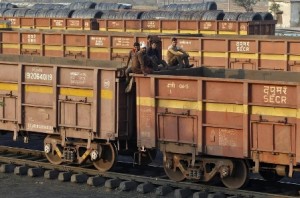 Private equity firm Blackstone Group, a key investor in unit Gateway Rail Freight, had written to the parent firm in January asking it to consider an initial public offer, according to a company filing at the time.

Blackstone invested around 3 billion rupees ($48 million) in Gateway Rail Freight in 2010, the bulk of that through convertible preference shares. If fully converted, Blackstone could hold a stake of over 40 percent, analysts estimate.

In order to maintain its majority stake after the IPO, Gateway Distriparks is in talks with Blackstone to buy back a five to seven percent stake in the unit, the sources said. They declined to be named as the talks are not public.

Gateway Distriparks wants to maintain its stake in Gateway Rail Freight at 51 percent or more, they said.

Gateway Rail Freight operates inland container depots across India, including in the outskirts of New Delhi and Mumbai.

It operates 21 container trains and over 230 trailers covering trade across the country. Its profit after tax for the fiscal year ending in March 2014 increased by 86 percent to 521.87 million rupees, according to Gateway Distriparks’ annual report.

The sources said the IPO plans would be announced alongside the parent firm’s quarterly results, due in the coming weeks.