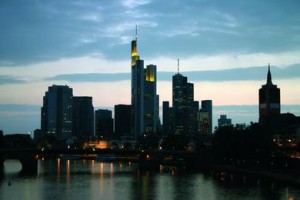 German institutional investors have already begun responding to the private equity legislation allowing onshore funds to return to Germany which will go into effect in January 2007. In fact, institutions such as pension funds, insurance companies and relief funds have raised allocations to private equity by 25% increasing their commitment to the asset class at a pace markedly above normal, according to a study by the Wiesbadener Private Equity Institut.

While Germany is currently mirroring the investment modelling pattern previously observed in the US and the UK, it is doing so at an accelerated pace. Its higher than average commitment to secondaries funds sets this trend in sharp relief.

This massive upswing in the depth and breadth of commitments from German institutions is because they have some ground to make up. In the past seven years the treatment of private equity funds has been vague under German law so many institutional investors eased off the asset class. Now, the German coalition has promised new law with regards to private equity and institutions are returning to the asset class but are they too late?

Many managers agree that the recent inflows of capital have limited the number of investment opportunities available and the funds that some institutions that showed up late to the party have to invest in are of lower quality than they may have expected. However, there still seems to be some steam left in private equity and this increased inflow from German will simply join the others from the US and the UK.