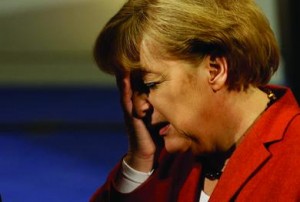 Two major issues are exercising the minds of the German private equity community at the moment. One is regulatory, with pressure coming both from within and from the EU. The other is the surprise nationalisation of a major German bank, squeezing out its private equity (PE) shareholders and causing a loss to a PE firm of more than €1bn.

Behind these issues lies an already devastating set of economic figures for Germany, as the country plunged into recession at the start of 2009 and delivered its worst performance for decades.

“The EU is saying that portfolio companies need to have very high reporting regulations, stricter than those for publicly listed companies,” says Dörte Höppner, managing director of the German Private Equity and Venture Capital Association (BVK). “But we’re saying the rules shouldn’t be any stricter than for public companies – there should be a level playing field.”

Höppner’s point is that the aim of the regulations is to deal with hedge funds that, through unwise borrowing and investing in complex (and ultimately toxic) financial instruments, helped to cause the current economic crisis.

“These regulations don’t make any sense for private equity,” she says. “For example, they propose that private equity funds should work with a ‘depository’ go-between. For hedge funds, in the light of the Bernard Madoff scandal, this makes sense. But private equity doesn’t speculate on the financial markets, it’s not in bonds and so on, so it’s a different issue.”

The BVK argues that any regulation should be differentiated between hedge funds and private equity and should be proportionate. “We’re saying it’s important to analyse the causes of the crisis. We say that private equity hasn’t caused this turbulence.”

Höppner’s colleague Hanns Ostmeier, president of the BVK, spoke out against the proposed regulations at the IBA International Financial Law Conference in Rome, in May this year. “Regulation should make things work better, not kill something that is working well. Less than 1 % of the corporate debt on the books of European banks was for companies owned by private equity. The industry was not the eye of the storm. Both the De Larosiere report and the G20 report found that private equity causes no systematic risk.”

Inside Germany itself, a further regulatory hurdle has arisen for external investors wishing to acquire German businesses. An amendment to the German Foreign Trade Act (the Außenwirtschaftsgesetz) was enacted on April 23 this year and allows the Government to review and prohibit investments by individuals or companies based outside the EU or EFTA Member States in German companies, where the investor gains more than 25% of the voting rights.

The legislation is seen as a means of rebuffing foreign state-owned funds and investors such as Russia’s Gazprom, which has stated its ambition of acquiring shares in Germany’s gas suppliers, or China’s perceived aims to invest via state-owned funds.

“One of the alleged intentions of the new act is to limit the risk of state-owned funds using their investments in Germany to put political pressure on Germany and deprive the country of know-how,” says one cross-border investment expert at international law firm Dechert. “The German Federal Ministry of Economic Affairs and Technology shall be entitled to review and prohibit acquisitions if … the transaction threatens the ‘public order or safety’ of the German state,” adds Dechert.

Such alarmist phrases referring to public order and safety are unusual, but not unknown, though they are more commonly used by totalitarian regimes such as China. As Dörte Höppner has pointed out, this threat to non-EU bidders is sure to put them at a disadvantage and may dissuade potential investors.

A further blow to external enthusiasm for German assets arrived in March this year when the Government launched an all-out bid for struggling Hypo Real Estate (HRE) bank, effectively squeezing out its US private equity shareholder JC Flowers.

HRE had run into severe liquidity problems and needed an emergency €3bn injection. Berlin moved to prop up the bank by raising its stake to 100% through creating new shares. In the process, JC Flowers’ 25% stake was rendered almost worthless – it is expected to receive just €1.39 per share, compared to the €22.50 purchase price in June last year, leaving the fund with a 93.8% loss.

The situation is in dramatic contrast to JC Flowers’ success in the Japanese markets in the 1990s, when founder J Christopher Flowers bailed out distressed Japanese banks, restructured them and sold them on for a profit (sometimes benefiting from the Japanese Government’s support for the banks).

This time, his bets on German banks have gone in the opposite direction: in addition to his stake in HRE, Flowers controls almost 26% of HSH Nordbank, having invested €1.25bn as part of a consortium in 2006. This investment is also under threat, as both banks have lost money and needed a bailout following investments in structured-finance products.

Symbolically, the HRE nationalisation could send worrying messages to international investors about the German state’s willingness to dismiss their claims on equity in German companies. No German bank has been nationalised since the end of World War II.

“At first glance there aren’t so many implications for private equity,” says Peter Hammermann, managing director of the Munich office at Barclays Private Equity, “but the deeper you look, the more we are in a less certain environment than before. I’m worried that governments are just putting off decisions for the future, just to make sure we don’t have an unstructured disaster. If there are new regulations over how debt is measured, it would impact on the value of our investments. But I think private equity is a well established business model.”

Since the collapse of Lehman Brothers in September 2008 and the rash of government interventions that followed in financial institutions in the US, the UK, Iceland and elsewhere (including the €6.4bn bailout of Dexia by Belgium, France, Luxembourg and the Netherlands), nationalising struggling banks has become almost routine. “All governments would do whatever it takes to prevent the financial system from melting down,” as Dirk Becker at Kepler Capital Markets puts it. “This takeover by the German Government has been expected for months.”

HRE posted a pre-tax loss of €5.38bn for 2008 in March this year and said it expects to remain loss-making for two more years at least. Its core Tier 1 ratio currently stands at just 3.4%, below the accepted ratio required by EU banking regulators.

The bank’s parlous state reflects Germany’s widespread economic slump over the past year, as exports have collapsed, deflation has emerged for the first time in more than 20 years (consumer prices dropped 0.1 % in the year to May 2009) and the country’s GDP fell by 3.8% in Q1 of the year, leading to an anticipated fall of 6% for the year – the sharpest contraction since the Great Depression in the 1930s.

Germany’s current account deficit will be the largest in its post-war history, exceeding €50bn this year and likely to reach an astonishing €90bn in 2010, more than double the previous record of €40bn set in 1996 as the costs of reunification were absorbed. In 2008 the deficit was a mere €11.9bn.

The figures will add to the pressure on Chancellor Angela Merkel, who faces a general election in September this year. She will also face calls for action from her European counterparts, as her country’s poor economic performance helped to drag down the euro zone GDP, which dropped by an overall 2.5% in Q1, outpacing falls in both the US and UK.

Far from the ‘inflection point’ which the European Central Bank president Jean-Claude Trichet suggested had been reached in May this year, the Continent may have to suffer for a while longer, if Germany is anything to go by. The situation in Germany’s trading partners is equally grim, with Slovakia’s economy diving by 11.2% in Q1, the Czech Republic’s GDP falling by 3.4% and Hungary’s by 6.4%.

Waiting for the upturn

For private equity firms, the short-term outlook remains bleak, according to German industry sources. “The market completely dried up in the first quarter,” notes Peter Blumenwitz at Buchanan Capital Partners. He finds that many business sellers still have over-optimistic valuation expectations. Rather than going ahead with a transaction, they prefer to wait for an upturn in the market.

“Some corporations are looking to spin out non-core assets, to please shareholders. In these cases, they’re prepared to ignore the value being lower than a year or two ago, but in the financing markets, bank loans have gone and the mezzanine sector is dead.”

What surprises Blumenwitz is the lack of activity from corporations acquiring assets from cash-strapped competitors. However, he believes that once the rebound begins, companies looking for finance to expand will turn to private equity firms, in the absence of banking loans. This is unlikely until the end of 2009 he believes.

In the meantime, says Michael Wolf, managing director of the European investment banking team at Baird: “We’re going to see some mid-market funds forced to sell their crown jewels, because investors want to see some returns,” he argues.

Part of the problem is Germany’s traditional dependence on heavy industry, particularly in the automotive and engineering sectors, which are both suffering disproportionately at the moment. “It’s a difficult time and private equity funds in these sectors won’t see a return. They’ll have a difficult time into 2010.” Beyond that, Wolf anticipates a significant shakeout among PE firms.

“A lot of people who entered the market between 2001 and 2008 invested in funds that bought when assets were expensive and were highly leveraged. Now, because these will never be sold for their purchase price, the investments are being written down. It is only those who had moderate leverage, who have an entrenched team with a good track record and good relationships with their financing bank, who will emerge as winners,” says Wolf.

For some, the upturn in Germany will arrive too late to rescue them. Everyone else is sitting tight and hoping that good times are just around the corner.