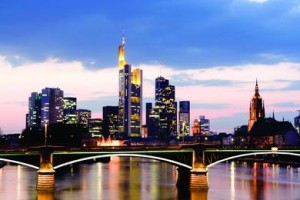 The speculation over where Germany is headed in its approach to private equity is entering its final phase following the publication by the Ministry of Finance on the proposed private equity law.

And the reaction from the industry has not been good. The outcry has been led by the German private equity federation, the , which has said some of its members are considering leaving the country as a result of the government’s decision. It was hoped, although in truth never really expected, that the German government would improve the legal and regulatory regime across the board – the country has ranked below average as an attractive destination for private equity investment by the ever since its first benchmarking survey in 2003. Instead the proposed law will keep German funds on the same footing as before, with minimal tax breaks – incentives of just €260m a year are to be implemented, quite a shortfall from the figures the University of Munich recommended in its private equity report last year – €15bn to €20bn. Only certain seed funds will benefit from tax breaks, as long as those investments are made in companies that are less than seven years old and have a total equity value of no more than €500,000.

Michael Wolff, head of ’s German office, said: “What German private equity funds want is to be treated as transparent entities. They want to be treated as limited partnerships and not as businesses for tax purposes. They don’t want to be at a disadvantage to their UK, pan-European and US counterparts.”

It is difficult not to see the paper as the product of a political class that has repeatedly expressed its antipathy towards private equity. While the matter reached a crescendo that echoed across the world with the “locusts” remark, the country’s politicians remain sceptical. The role of the trade unions in the outcome of the Finance Ministry’s investigations cannot be overlooked – the ministry is controlled by the Social Democratic Party (SPD), which the unions have traditionally supported, and like their counterparts across Europe, they have been fierce critics of private equity. As usual, the focus of their ire has been the high profile deals, those involving big name companies with resonance across the country that are the subject of multi-billion Euro takeover bids.

In the midst of all this debate, the smaller businesses, those that desperately need investment to grow, or even survive as the current generation of family-owned companies are beginning to retire, are being overlooked. Certainly the whole Mittelstand hype has been heard before – that there are hundreds of opportunities for private equity investment at the lower end of the mid-market – but little has come of it, and it seems as if it has been ignored again as critics and supporters alike get drawn into battles about the merits of private equity while concentrating on the top end of the market.

It has become almost received wisdom that Germany is in need of significant corporate restructuring, and while the private market recorded an all time high total deal value of €19bn in 2006 according to buyouts data collectors , progress with the Mittelstand has not been as quick as investors were predicting back in 2003. A large part of the problem has been selling the actual idea of private equity to these small companies, with owners reluctant to hand their cherished businesses over to faceless money-men. But by doing so, they are merely putting off an inevitable transition of ownership, and hindering economic growth for the country at large. Moose Guen, head of placement agents , says: “The majority of these companies are family-run businesses that support whole villages or towns. They don’t have anyone to take-over the company – because no-one cares, of there is no-one competent or because the owner is retiring – so there is a very high likelihood of these companies disappearing. Private equity investment can benefit these companies which in turn benefits the wider economy.”

According to consultants PwC, 70,000 family businesses in Germany fail to find a successor every year, with 30,000 forced to close as a result. Such a trend is having and will continue to have a significant, and negative, effect on German economic strength. And it is precisely these types of investments that could suffer as a result of the government’s attitude towards private equity. It is not expected that deal flow will drop in the country as UK, European and US funds continue to invest in German assets – but this will only be at the top end of the market. As in most other countries, the smaller businesses are most attractive to domestic firms, but under this new law, German fund will have a hard time demonstrating to investors that they can deliver comparable returns to their non-German counterparts. If only the politicians could look at the positive impact private equity can have at this level instead of focusing on the headline making mega-deals, the country could find itself better off.