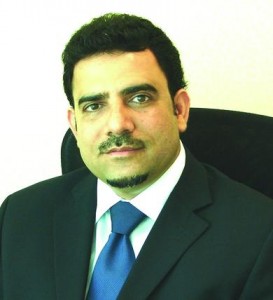 When Kohlberg, Kravis & Roberts opened its office in Dubai this year, it was the clearest sign yet that the industry sees its future away from its home markets. As the economies in the US and Europe took a nosedive, the comparative resilence of the Middle Eastern markets offered an oasis of opportunity for the world’s biggest LBO firms.

Local firms have not been as severely affected as their Western counterparts, due in large part to the general absence, or low levels, of debt attached to deals. As a result, many industry leaders in the region remain buoyant about growth prospects.

Venture Capital Bank is one such firm. Launched in 2005, it was the first Islamic venture capital investment bank. Rohit Chawdhry talks to Dr Ahmed Al Jawhary, the chief investment officer, about his thoughts on the economic and investment environment and the need to be creative when it comes to structuring deals.

How do you view the current economic situation of the region?

I believe that this region will be the centre of attention considering the current global outlook. Investment in this region has been increasing due to the current phase of regional economic development. A lot of money is going towards infrastructure and building up an industrial base.

Going forward, it will be destination for global private equity houses. Kohlberg, Kravis & Roberts (KKR) recently established its regional base in Dubai as they are facing stagnation, or at least growth challenges, in existing markets in which they operate.

Lots of sectors in the region have not been entertained and served by regional and international financial institutions or PE houses. Energy, infrastructure, education & healthcare and basic industries are sectors that look very attractive and offer generous potential deal flow for these institutions. Fundamentals remain relatively strong in the region and some of these sectors have started to appeal to investment houses as a destination for deals.

The share of oil GDP has stayed at the same level against non-oil over the last decade. Why has the region not been able to diversify away from it’s dependence on oil ?

We have to be clear as to what our economies can offer. Economic and development plans and mandates should be drawn around the comparative advantages this region enjoys.

The regional economies are highly characterized by abundance of natural resources, rich human capital and determination to upgrade the local economies. It’s important for us to think how we can capitalize on the prevailing strengths such as the rich resource base and crystallize opportunities around them.

The Middle Eastern economies should continue to work and capitalize on their strengths, but ultimately, the region still has the largest energy reserves. Hence, energy, and all the different businesses that can be built around energy, is its real competitive and comparative edge.

Given the recent defaults of some prominent business groups in the region (such as the Saad-Algosaiby debacle), the current stress in the regional real estate and rising debt re-scheduling seen with regional banks, what is the likely impact on the regional private equity and venture capital industry?

I am actually optimistic about the potential for private equity and venture capital (PE/VC) houses in the region. Market conditions and prevailing environment can provide unique opportunities. Luckily in this region, PE business is not heavily dependent on leveraged buyouts. In the West, money is borrowed for such PE/VC transactions. That’s not the dominant scenario in the region.

A peculiar characteristic of regional PE transactions has been that leverage has been mostly arranged at portfolio management level. At the sponsor level, it’s not been an important requirement. The main concern is for those firms is if they have placed a fund in the market which depends on a drawdown schedule to make sure their LPs adhere to their commitments when drawdowns are due or funds are needed to conclude a transaction. Sometimes the investor who has already committed to such investments might face funding challenges in fullfiling such phased drawdown commitments.

Lack of leverage is affecting exit possibilities. However, depending on the strength of the portfolio company, and the spread and strength of the debt arrangements, whether needed to meet funding needs or to support an exit, this issue can be addressed. An example of the former is VCBank’s successful closure of a US$45m syndicated facility for VCBank’s portfolio company, Al Abyad Fertilisers and Chemicals Company based in Jordan.

Would you suggest that the dollar peg is one of the key reasons for such a situation in the region?

The currency peg issue is always on the table. When you are pegged to the dollar, you have to be alert when dollar is weak. But there exists some positives as well, such as higher oil prices.

With regards to currency effect on PE/VC activities, most PE houses in the region structure their deals in dollars, which is ultimately sold to clients. For the fund managers, the effect on their dollar dominated financials is non-existent. Fund managers are now actively seeking to do the actual transaction in local currency terms, thereby providing a natural hedge to clients as well.

An example in this regard is VCBank’s transaction in Morocco which occurred three years ago. At that time, we were keen to establish a structure with minimal currency risk. The formula we put in place focused on creating a free zone structure dominated in dollars while conducting individual transactions in the local currency. This helped to hedge against fluctuations in the local currency and minimize the risks involved including savings in taxations. In short, what matters is the deal structure.

What are the challenges facing the Middle Eastern private equity industry, and how is the industry and VCBank addressing them?

As has been explained earlier, the regional PE/VC transaction has been relatively less dependent on the leverage at the transaction level. However, when structuring a typical transaction, we try to put together a deal based on a conservative equity model where leverage is an additional or secondary element. Deals should achieve acceptable range of returns (IRRs) if limited or no debt is secured for specific deals under consideration.

Understandably, under present conditions, securing local debt might be difficult even though the leverage could enhance the income dynamics of the deal. The question one needs to ask is are such returns, based on a pure equity model, acceptable to clients? It all depends on how smartly the deal is structured. Practicality of implementation in today’s deals is of utmost importance.

On a different note, the real challenge for the regional PE/VC industry is to convince business owners to accept financial investors to be partners with them in order to un-lock value in their companies and expedite growth at the portfolio level. This is because most businesses in the region are still family owned and hence managements are hesitant to spare decades of family heritage and share family jewels with institutional players who might have other motives according to them.

The only way forward is to have a ‘sun-shine policy’ and apply international standards and disclosure norms – both at the documentation level and the business practices level. It is imperative to upgrade market practices, operations and focus on corporate governance. In structuring deals, all these elements are being used by regional PE/VC firms.

At VCBank we are keen to adopt the best practices. Also, it is noteworthy to mention that some key members of the bank have been trained abroad in international markets. The deal documents produced by VCBank are similar in terms of standards to those seen in Europe and North America. The bank also involves international consultants for some of its deals in which specific international expertise is required.

In short, cultural differences do exist between the West and the region, but these are disappearing slowly.

What are the emerging trends in the private equity industry in the Middle East?

Creativity in structuring deals is an important emerging trend. You can continue doing similar deals, however, the way of putting together the transaction is key. For example, the appetite for cash yielding transactions from high net worth individuals (HNWIs) and institutional investors has increased. Such trends need to be taken a note of when putting a deal together.

At the sectoral level, new sectors like education and health are emerging. Although the expected returns from these two sectors are modest, they are stable long term plays. Approaching transactions in these sectors with smart structures and non-conventional formulas can make them appealing as investment destinations.

For example, VCBank’s Royal Maternity Hospital transaction envisages an IRR of 20% over a five year horizon, inclusive of two years of development. In healthcare also, the bank’s German Orthopedic Hospital is a deal designed to meet growing demand for private specialist orthopedic healthcare in the GCC region received an outstanding response from the market.

The education sector can also be approached in a similar manner. Essentially, there are three critical elements in successfully engineering these deals: return targets to investors, profitability of the deal for all stakeholders, and the social responsibility angle.

Finally, real estate over the medium to long term will continue to enjoy a special status. There is a comfort zone for investors in the region towards this sector. Real estate has always been a dominant asset in investor’s asset allocations. The trend will be towards business with underlying real estate (such as a hospital) rather than just pure land developments or classical real estate projects. There will also be a move towards operational assets. Cash yielding business rather than just physical property being traded will be a more dominant theme.

Set-up in October 2005 and operating out of Bahrain, VCBank has US$250 at its disposal, with authorised capital of US$500m. It operates along three lines of activities: venture capital & business devlopment, private equity & financial advisory, and real estate. It has investments across the Middle East & North African region, with exposure in GCC, Jordan, Egypt, Libya and Morocco, in sectors such as energy services, healthcare, investment setups, office services, fertilizers, real estate development, shipping and information technology.