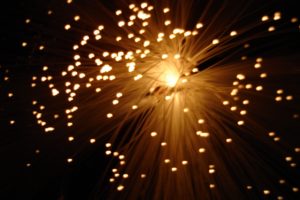 As internet connectivity is stressed by mass remote working taking place across the country, the reliability of network infrastructure is being tested.

Some investors have been building on opportunities to support the reliability of this system.

GI Partners, for one, is expected to get close to its target of $1.25 billion for its debut data infrastructure fund in May, according to a person with knowledge of the firm. The fund focuses on investments in data centers, telecommunication towers and fiber wiring.

GI Data Infrastructure Fund has a $1.5 billion hard-cap, which it could hit by late summer, according to the person with knowledge of the firm.

GI began talking to investors about the fund in 2018, sources told Buyouts at the time. A spokesman for GI declined to comment. Park Hill Group is working as placement agent on the fundraising.

The fund has already deployed 20 percent of its capital, the source said. The firm invested in DR Fortress LLC in partnership with the company management in January, GI said in a statement. The company is a data center operator in Hawaii.

“DR Fortress provides truly essential infrastructure for the State of Hawaii, which is a unique IT ecosystem,” said Mark Prybutok, managing director of GI Data Infrastructure in the statement at the time.

Raising private markets funds is not an easy prospect in the pandemic economic downturn. Only the most in-demand funds are likely to continue attracting capital through this period as limited partners seek to preserve liquidity amid fluctuations of public markets.