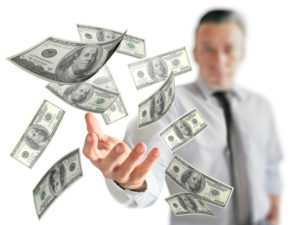 GI Partners is targeting $3.25 billion for its sixth flagship fund that it’s raising amid a general fundraising slowdown in the pandemic, a source told Buyouts.

Fundraising, along with deal activity, has slowed considerably since the markets closed in the pandemic. Some firms, only the most in-demand GPs, have been getting raised in the downturn, including offerings from Spectrum Equity and Silver Lake.

GI Partners also is expected to have a quick fundraising process, sources have told Buyouts in prior interviews.

The firm is expected to hold a first close on Fund VI in June, the source said. A GI spokesperson declined to comment. Park Hill Group is working as placement agent on the fundraising.

GI also is targeting $1.25 billion, with a $1.5 billion hard cap, for its debut digital infrastructure fund, which is expected to close by late summer.

GI closed its fifth fund on $2.7 billion in 2017. Fund V targets investments in sectors like data infrastructure, healthcare, software and services. Fund IV closed on $2 billion in 2014. The firm, formed in 2001, is led by managing director and founder Rick Magnuson

Fund V was generating a 14.46 percent net internal rate of return and a 1.2x multiple as of Dec. 31, 2019, according to performance information from the Washington State Investment Board.

Fund IV was producing a 20.72 percent net IRR and a 1.9x multiple as of the same date, Washington State said.

Update: This story was updated to include information about Park Hill Group.