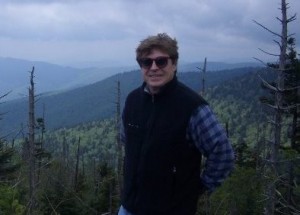 Beblo’s death got me thinking about the role of the LP, something I spend an inordinate amount of time pondering. I enjoy nothing more than chatting with LPs about their jobs, their experiences, their opinions, and, as source relationships stretch over years, their families and personal lives. This is because most LPs, much like myself and people I’ve known and grown up with, are regular folks — someone you wouldn’t mind grabbing a beer with at the end of the day (and believe me, I have).

LPs are the backbone of the industry: They are the ones picking and choosing who gets money, making and breaking careers, and doing it all in relative obscurity.

In public systems, they are generally under-resourced, working under immense workloads. They travel around the country and the world to perform due diligence on favored managers and attend annual meetings, while monitoring existing portfolios worth hundreds of millions or billions of dollars.

They also have to prepare for public board meetings where, at many systems, they are excoriated by members of the public, the media and unions for investing in such an “immoral” asset class.

So, who was Michael Beblo? “He was an amazing person — an incredible blend of talent, independent thinking, sincerity and generosity of spirit,” said Alex Bangash, a managing director at Rumson Group who worked with Beblo when he was at the DuPont Trust. (For more about Beblo’s life, see our story on page 18.)

Like other LPs, Beblo went to the office every day and got solicited countless times to take just a piece of those Pennsylvania billions and support a fund. He was of vital importance to private equity. But outside of this industry, probably even within the industry, few knew his name or understood his job. He mostly operated in anonymity.

It’s the strange role the private equity LP — a mid-level, moderately paid finance type of the middle class who gets to decide which millionaire or even billionaire to give more money to. It’s at once a position of immense power and privilege and one of obscurity and stress.

Former LPs, those who have gone into the industry, say they miss their time when they were LPs, when they could sit back and have the GPs come to them and kiss their rings. It’s an incredible opportunity to network, build a Rolodex and, eventually, find a job that pays much better.

But while they are in the trenches, picking and choosing GPs, battling over fees and ducking angry union members, no one is more important than these regular folks.

It’s why they deserve ink and space in these publications, and why I’ll keep trying to talk to them. If you want to know what’s really happening in this industry, look no further than your local LP.