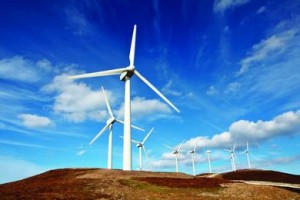 The UK Government has pledged to get 20% of its power from renewable energy by 2020 (the current figure is 4%), committed itself to making all homes are “zero carbon” by 2016, and is putting the finishing touches to a Climate Change Bill that will establish, in legislation, the goal of reducing C02 emissions by 60% by 2050.

It is reckoned that most of the UK’s economically viable deep mined coal is likely to be exhausted within ten years, and it already imports almost half of the coal it needs. It is now though to be a net importer of gas and expects oil to reach the same state in 2010. By 2020 the country could be dependent on imported energy for three quarters of its total primary (i.e., before transformation, e.g. into electricity) energy needs.

The UK is also pressing for further cuts across the European Union, calling for a 30% cut of carbon emissions by industrialised countries to 2020. David Miliband, the Secretary of State for the Environment, Food and Rural Affairs, recently welcomed the European Commission’s proposal for a unilateral commitment to 20% cuts by 2020 as a “springboard to more ambitious action”.

To this end the government set-up a fund over the summer, run by the , to develop low carbon emitting companies. The Carbon Trust already has a VC arm, which takes minority stakes alongside VCs in existing early stage businesses. The new body, called , is a profit-making organisation which will work with private sector joint venture partners who are able to provide the expertise and the funding. It has created one company so far, , a supplier of low carbon heat solutions.

It is one of the UK Government’s aims to promote the use of renewable energy for UK businesses, and the European Commission has also issued a report calling for EU government to agree a separate target of meeting 20% of energy from demands from renewable sources by 2020, and it is in this climate that launched and closed its on €300m.

It is Europe’s largest dedicated renewable power fund and one of the largest globally after the €460m Carlyle Riverstone Renewables, focused on the US, and Babcock Brown Wind Partners, which has about €350m and invests mainly in the US wind market, although has explored Europe and Australia. Tom Murley, a director of HgCapital with 15 years experience in renewable and conventional power projects, said: “More than four years ago, we recognised the compelling investment fundamentals emerging in the renewable energy sector. We undertook comprehensive research and developed an investment strategy to access and optimise these opportunities for our investors.”

, a private equity firm dedicated to wind power investing, closed two funds in December: the €56m , which is focused on the construction and management of wind farms in the UK and France; and the €30m – focused on development of renewable energy assets across continental Europe. Thomas Rottner, managing director of Platina Finance, said: “Renewable energy continues to be a highly attractive investment. The interest is partly being driven by challenging renewable energy targets set by the European Union. We expect the strong demand for renewable energy assets to continue throughout Europe.”

Both HgCapital and Platina have also been joined in recent months by Icelandic private equity firm which, along with Icelandic banking group and engineering consultancy , has set-up , a global invest company targeting sustainable energy projects using geothermal sources. Geysir has been kickstarted by an initial US$100m (€77m) of equity, with further finance to be raised from third-party investors, the aim being to increase investment capacity to US$1bn (€768m).

Geothermal energy is a highly competitive alternative energy sector, with far lower costs involved in harnessing it for energy generation than are involved in harnessing sources such as solar power. Hannes Smárason, CEO of FL Group, says that sustainable energy projects are an exciting new field of investment for FL Group. “The role of sustainable energy is becoming increasingly important across the globe. By combining the efforts of different investors we have created a powerful group that will be a major player in the international markets and utilise the expertise that exists in Iceland for the benefit of economical development and environmentally sound energy production.”

VC and PE investments in clean energy companies in the US increased by 167% in 2006 from around €2bn up to €5.5bn. Reliable figures for similar UK or mainland European investment do not yet exist, but anecdotal evidence would suggest a significant rise, and the trend will continue upwards as more dedicated funds emerge and begin to utilise the capital they have raised.